Over the weekend, we were invited to SandBank to try out their newly launched International Breakfast Buffet offered during weekends and public holidays. 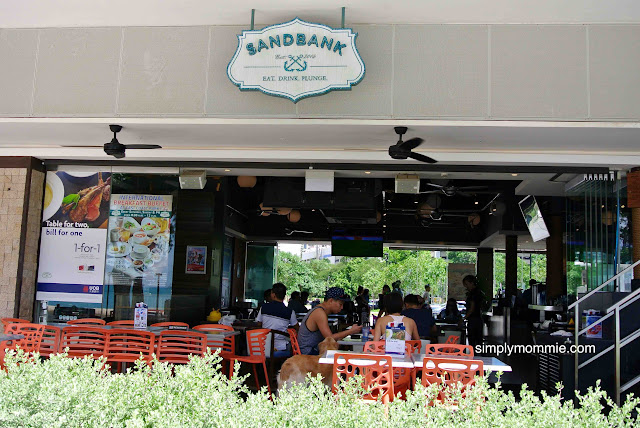 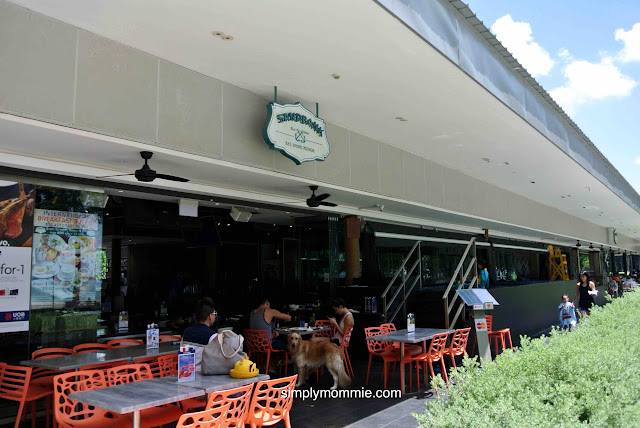 The breakfast buffet starts at 8.30am and ends at noon, but because we are not early risers, we arrived at 10-ish to enjoy the buffet breakfast – and also because we didn’t fancy the children getting into the pool too early in the morning as the water might be cold.

Yes, you just read right, there’s a 15m plunge pool at SandBank so it means that your kids can have some fun while having breakfast or after, if you’re there for the buffet.

But I’ll get to that later. Food is still more important to me. 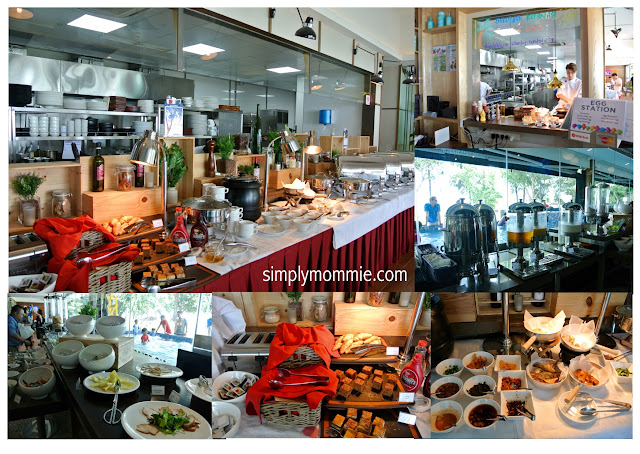 There’s nasi lemak, roti prata, porridge, a bread station, some cakes, a salad station, an egg station where you can order your eggs how you like them, beverages, cereals, and of course there’s the usual western fare of bacon, sausages, potatoes and baked beans.

The place is rather spacious, there’s a bar area, big television screens and even a party area that I came across near the buffet spread. 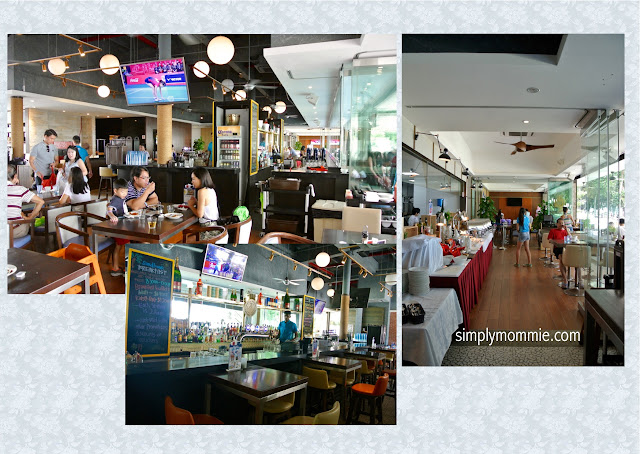 We got some simple stuff for the kids like bao, croissant, cauliflower, bacon, baked beans and sausages. It does sound like a lot, but yes, they do eat that much. My girl wolved down two croissants because she said it was delicious. The bacon was very crispy and I had to refrain from getting more because we don’t eat much of that regularly as we have cut down on processed foods. The cauliflower was very good too, and I even had a second helping of it later. 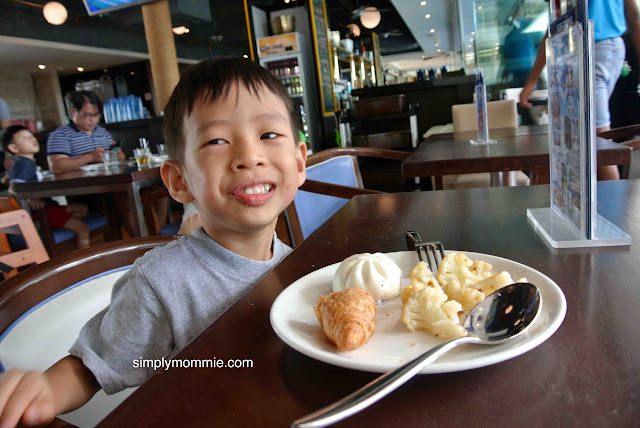 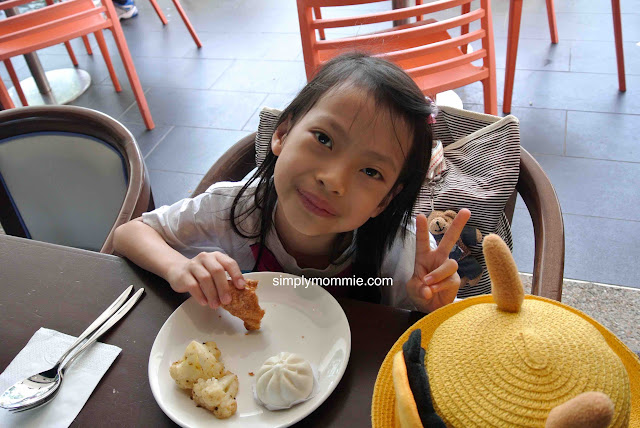 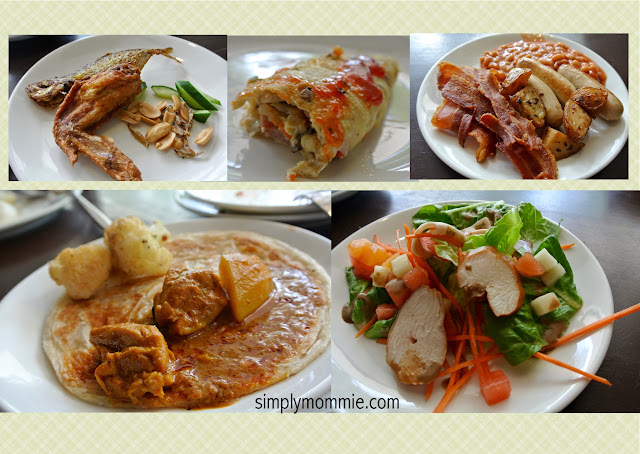 We actually ordered two omelettes but as you can see from my photo collage, there’s only a half-eaten one. I have to confess, I forgot to take photos of it before I dug in. It was a huge omelette that had a pretty generous serving of the other ingredients.

I always take my salad with some fruits and it was wonderful to have fruit salad as one of the ingredients that I could just add to the mix. The smoked chicken at the salad station went very well with the salad. 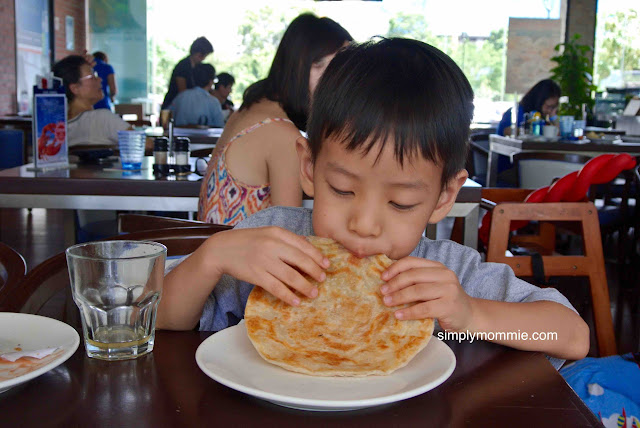 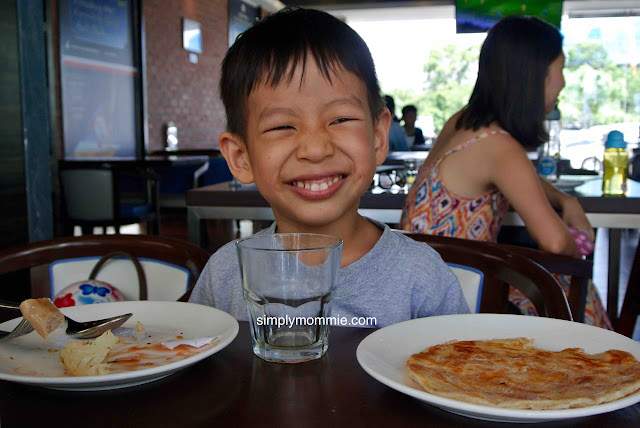 So I’ve said my piece about the food. For the beverages, there’re two juices and coffee and tea. There’s cold milk for the cereal too. We didn’t particularly like the coffee there as it was rather watered down.

This was my view of East Coast Park while I ate my breakfast: 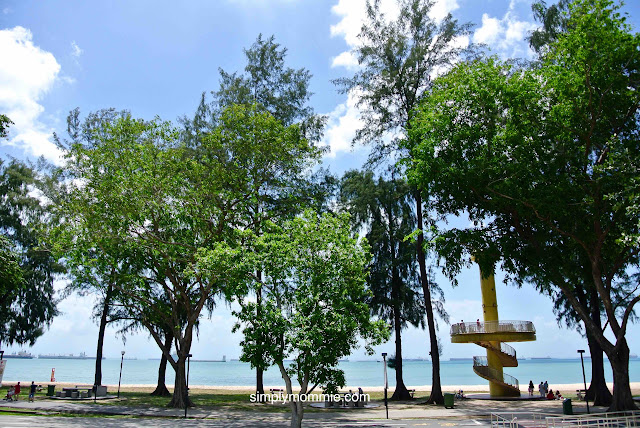 It was a windy morning, and it felt really idyllic to be enjoying a hearty breakfast by the beach. 🙂

We only allowed the kids to enter the pool after they had finished their breakfast. As you can see, food ranks high in priorities in our family! 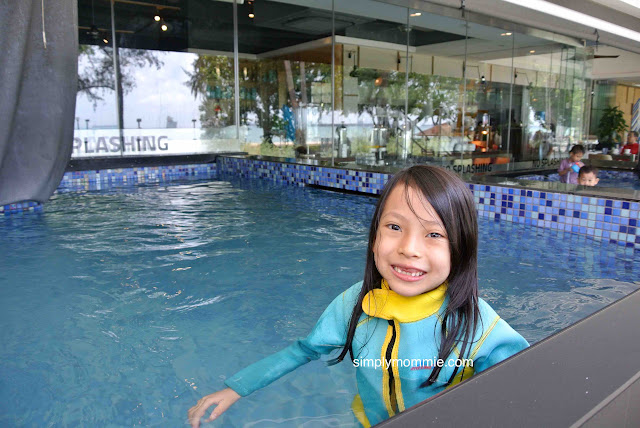 Our girl finished first so I got her changed in the changing rooms/ shower facilities located right next to SandBank. 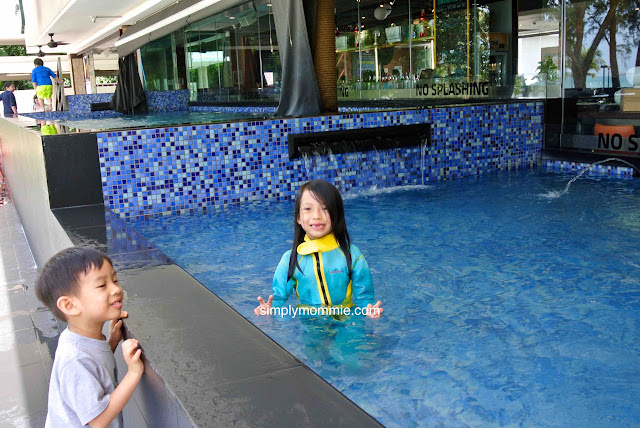 And after they were both done eating, they had a jolly time. I’d have said ‘a splashing good time’, but splashing is not allowed so technically, they just waded around in the pools.

There are two pools: one is deeper than the other. 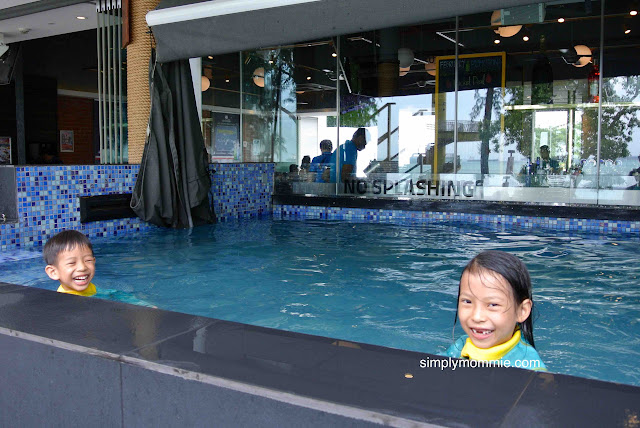 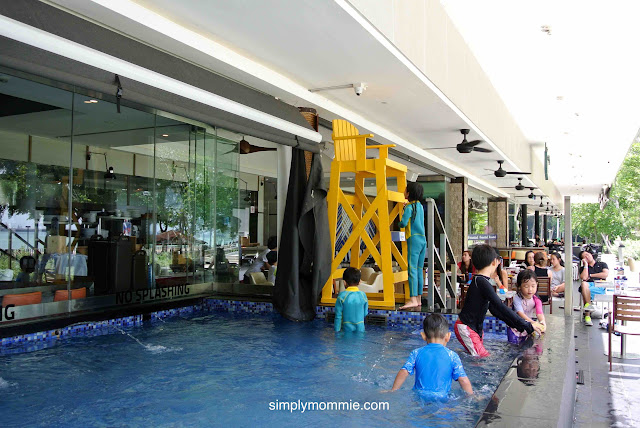 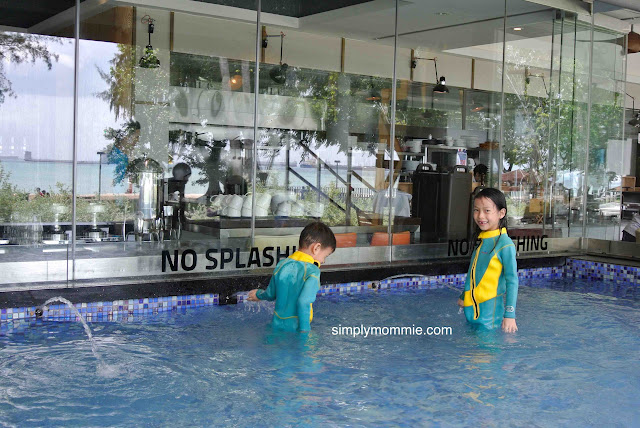 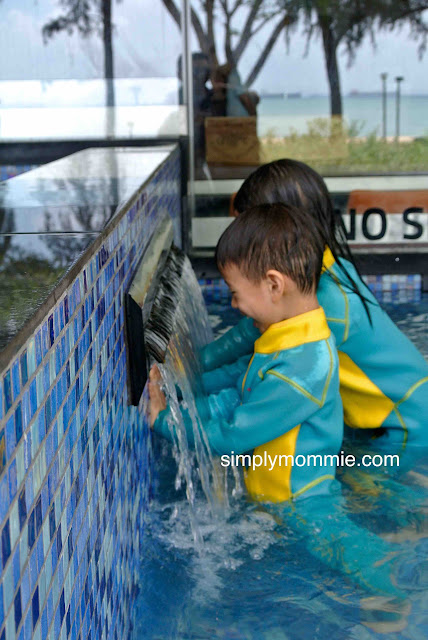 After awhile, they both came out of the pool on their own because they were cold – and indeed, the water did feel really cold! Our girl remarked that some parts of the bottom of the shallow pool felt a bit dirty with particles but the deeper one was fine. 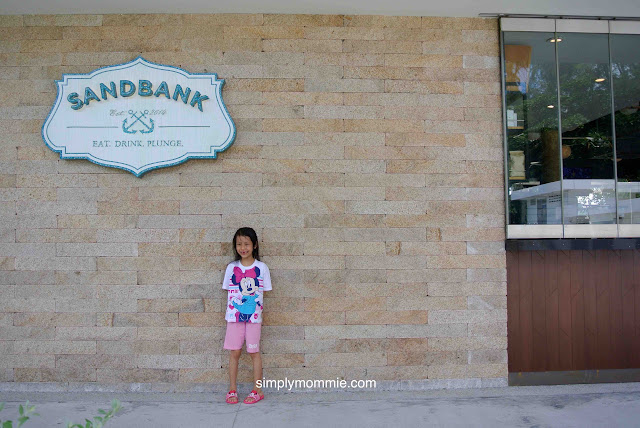 We had an enjoyable time at SandBank overall – the ambience, the food, and a different experience at a restaurant. But with the nature of pools, we had to keep a close watch on the kids. We were more or less done with eating when they were in the pool so that was fine, but if you allow the kids to play as they eat (and while you eat), then you might have to take turns to watch them! 😀

Our kids requested to go back again some time and we promised them we would! 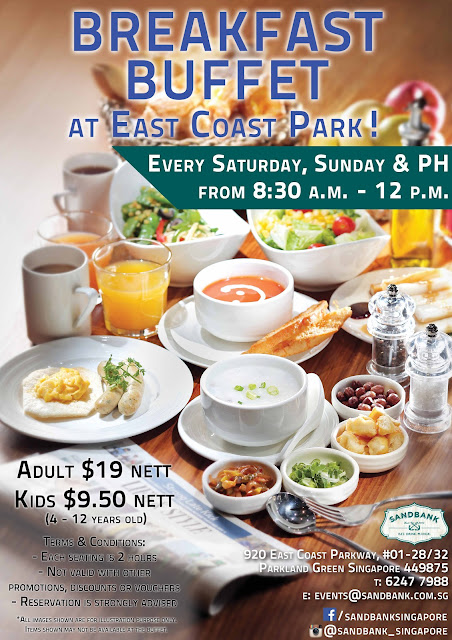 Disclosure: We were invited to SandBank for a morning of fun and food. No monetary compensation was received.

This entry was posted in Food, Places & Events, Reviews. Bookmark the permalink.