We haven’t gone for a picnic since I was pregnant with Alex – yes, and you know that’s more than a year ago! Hubby was apprehensive about how picnics would turn out with a baby in tow, so we never really got down to going for one until NTUC U Family’s U Picnic 2012 last Saturday (6 Oct).

With two fussy and troublesome kids and eaters, I decided to stick to the safe options: 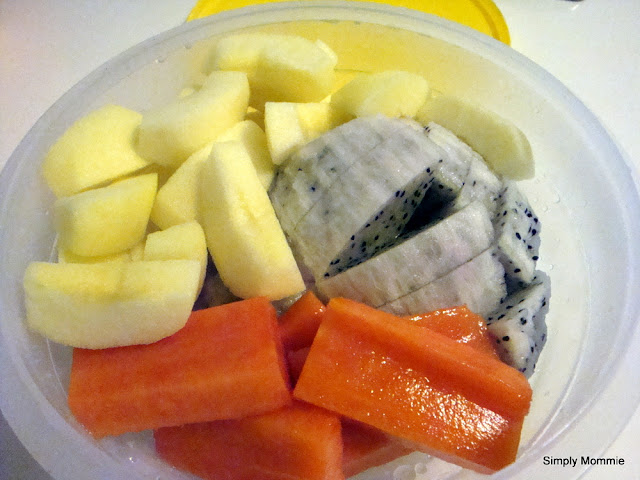 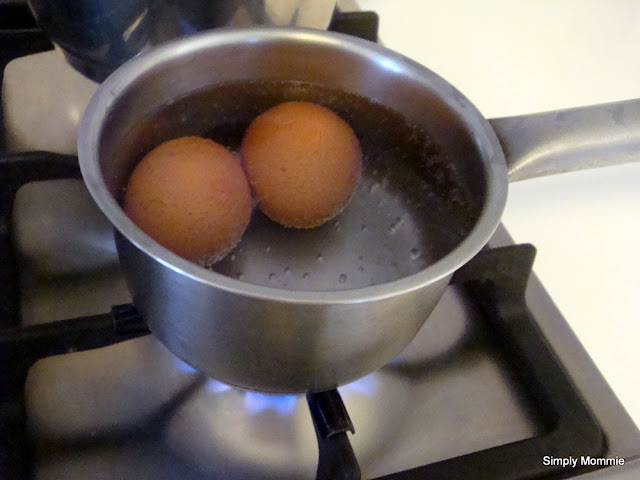 I knew we were going to receive a goodie bag of some food etc. so I hoped that with the healthy additions of egg and fruits, the kids could somehow still get a healthy meal. Feeding porridge there was totally out of the question since Alex and Alicia would never be able to concentrate on eating the boring stuff porridge at such an exciting event. The goodie bag which came with a kite! The best item in the bag I thought!

After we set up the picnic mat, we laid the lil man down – his first time on the grass, well erm, ok, ground. 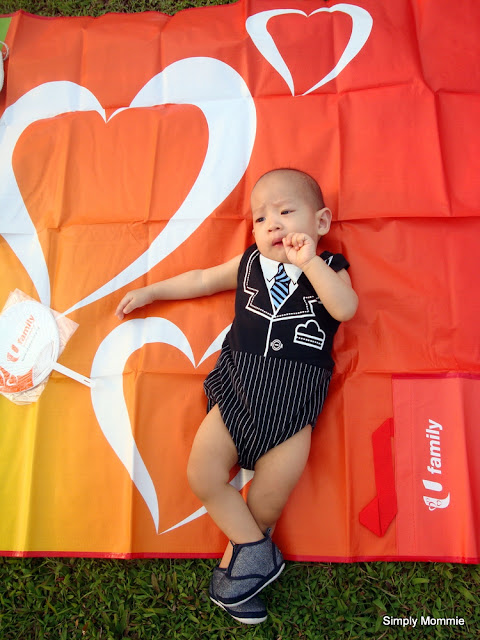 You can tell that he felt really weird but my little girl was all smiles! 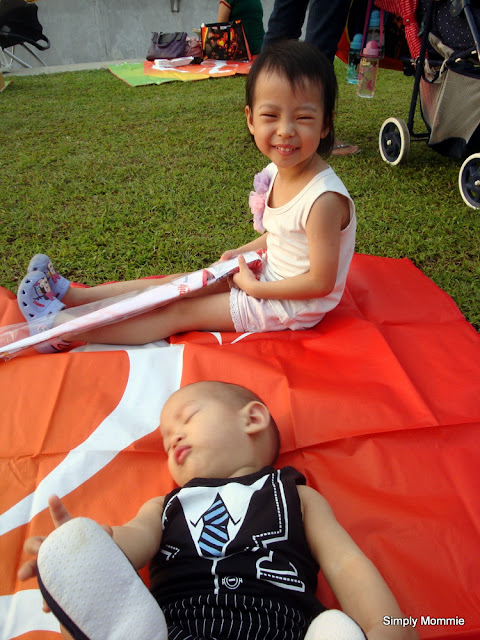 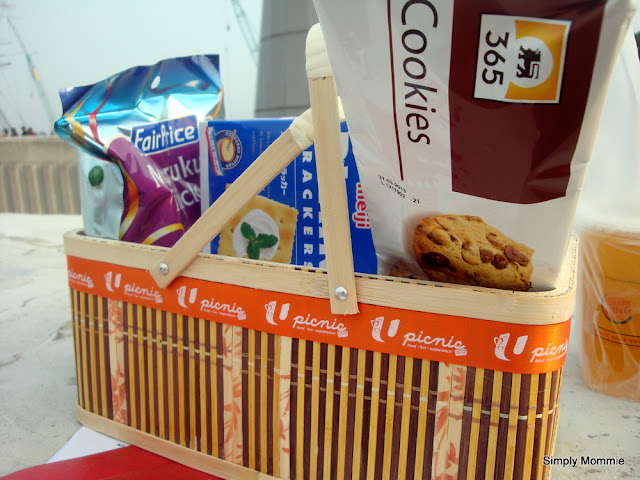 A picnic basket filled with food! 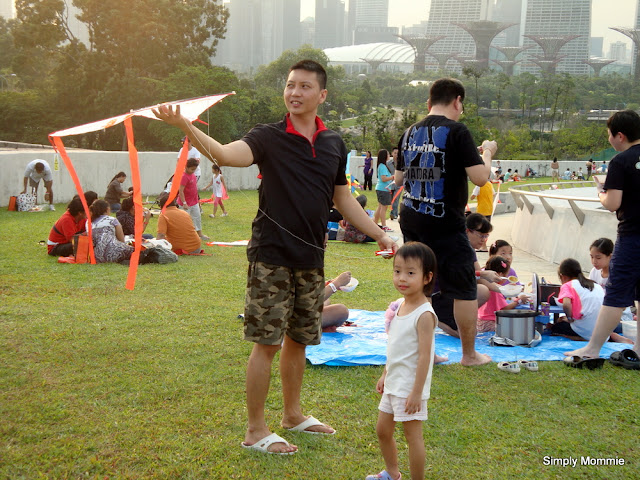 Trying to fly a kite for the first time 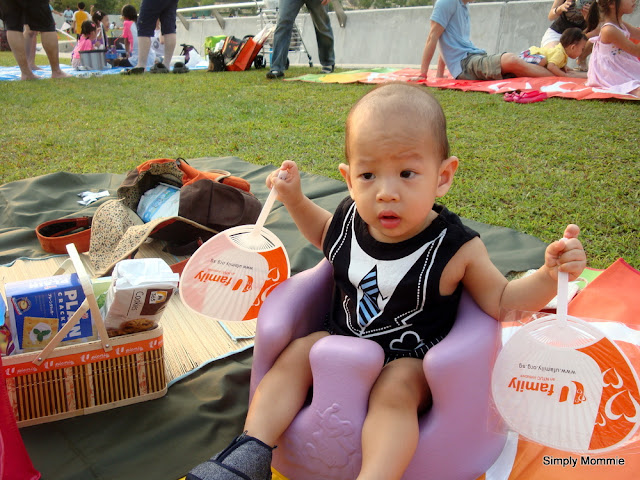 ready to be a satay man… My girl brought her own fan! We didn’t know there were two little fans included in the goodie bag! 🙂 Another thoughtful item! 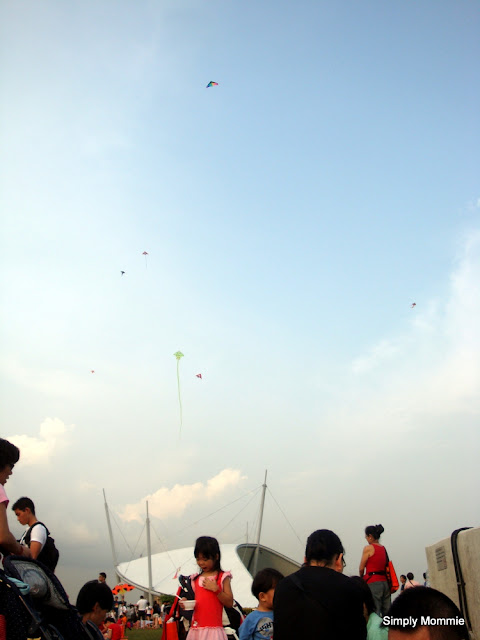 Kite-flying while there was still some breeze We got a good place for our picnic even though we reached at 5.40pm. 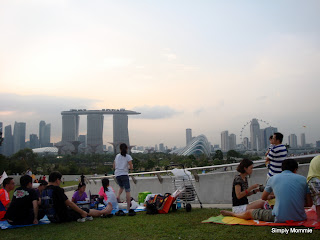 There was a huge crowd but the venue was perfect because everyone still had plenty of space.

In the goodie bags, we received coupons for various activities and food but as you can see, there was quite a crowd and we’re really not into queuing since it is so inconvenient with a baby around. 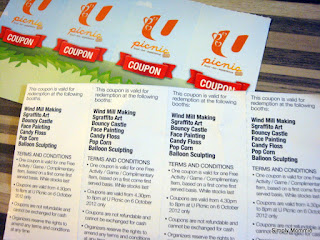 There were also food stalls and a stage where fun games were played (which we took a backseat of course since we were already thankful that lil man didn’t start fussing big time during the 2 hours that we were there). There was also story-telling on the stage later in the evening – that’s about when we left because it was getting really dark and the noise was a little loud for the lil one. We had a wonderful time at the picnic and this is the first time we attended an event as a family! We are not crowd-lovers so we usually don’t attend mega events but this event has shown us that mega events can be fun and we are looking forward to the next mega event organised by U Family:Mega Dance! 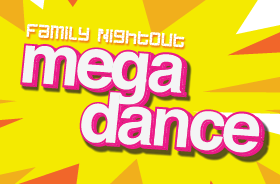 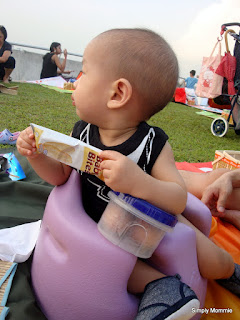 The distracted one – well, who wouldn’t be with such breathtaking views? 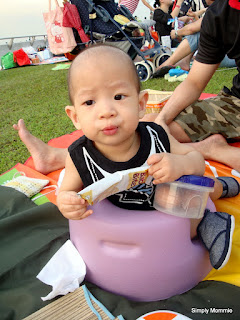 Officially the hoarder – the baby bites and eggs are MINE! 😛 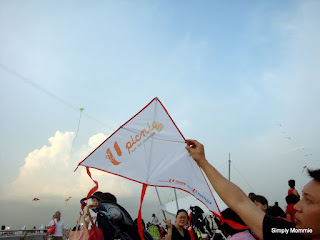 Still trying to fly the kite – but without much success 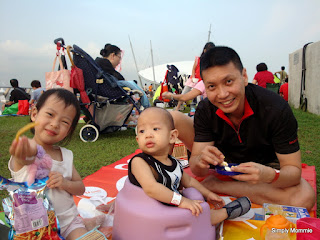 And so we pose for a photo instead 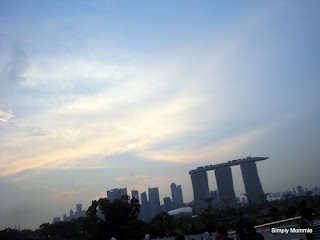 while Mummy snaps more pictures of the sunset 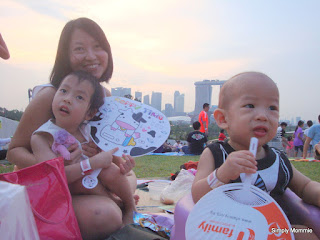 And Daddy captures a spontaneous shot 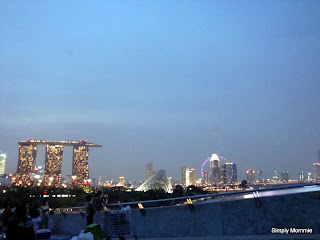 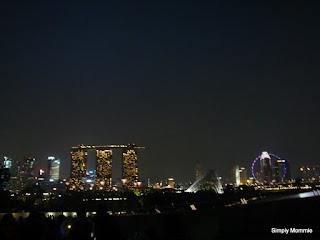 It was our first picnic at Marina Barrage and it is a perfect venue for picnics – not sweltering hot in our weather and comes with a perfect view! 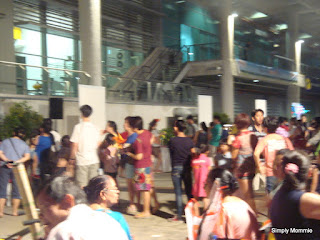 Pardon the blur photo – point-and-shoot camera fails me at night and I was carrying Alex with the other hand as we made our way to the carpark!

This entry was posted in The great outdoors and tagged Family, NTUC U Family Blog Champion. Bookmark the permalink.