Hola! It’s 2017 and I thought I’d just check in with a blog post about my areas of focus this year! I know I disappeared for awhile in December, but there was a family vacation to Taiwan and after that I just wanted to spend the rest of the year chilling with my family.

This year, I have narrowed it down to two areas to focus on – (1) health & wellness and (2) staying organised & disciplined. I know it sounds like there are four things there, but to make things simpler, I’ve decided that it should be two broad categories. Spending time with family is kinda obvious and it’ll always be a prime area of focus for me so it’s really just these two!

Last year I had a tough time with my health. I had problems with my throat mainly due to my sensitive nose, and stomach issues – gastric and reflux – which added to my recurrent throat infections. In fact, I had such a terrible August that I can actually count the number of days I was feeling well with one hand. I certainly hope that would never happen again.

This year, I’m hoping that I will be able to have improved health through making better food choices and of course staying away from packing my storeroom (which was how my sensitive nose was triggered).

Overall, I think simplicity in the food would be key. Going for whole, fresh foods has also become one of my main considerations when planning meals in the past two years. 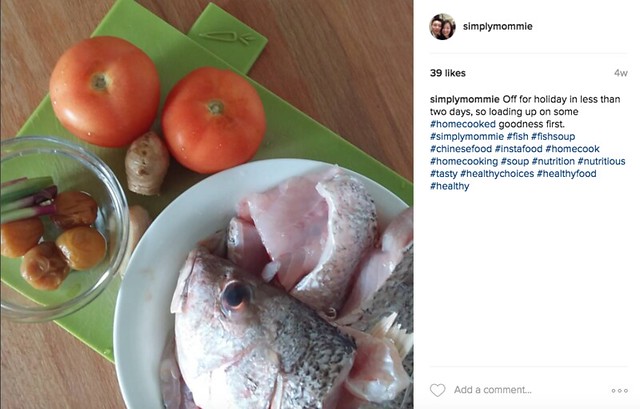 Besides, simplicity in food would also help with my ongoing pursuit of better fitness and a slimmer and toned body.

Last year I signed up for a 1-year gym membership. It will expire end January this year, but I’ve already decided not to renew the membership and instead focus on working out mainly at home using Youtube videos, doing yoga and restarting my Zumba sessions at the Community Club nearby. That definitely sounds like a plan, doesn’t it? 😀 Easier on the wallet too.

Exercising has allowed me to cut down the fat percentage by a fair bit; it has also helped me become more motivated in other areas and I’m generally more energetic. I’ve also gotten into better shape, and together with the effects of my Coolsculpting treatments at Halley Medical Aesthetics last year (you can read my posts by clicking the link), I’m even more inspired this year to continue working towards my goal of returning to my pre-pregnancy weight again (‘again’ because I did get back to 46kg after I had #2, but I got greedy and complacent and put on 10kg after that).

This is an area that I’ve struggled with probably all my life. I’d make grand plans sometimes but I won’t have the discipline to see it through. I need to set a better example for my children since I’m always complaining about their inability to focus and stay disciplined.

Although I rely on Google calendar for appointments since it’s synced with my hubby’s schedule, this year I’ve added an additional component to help me stay organised – a mom’s desk planner! 😀 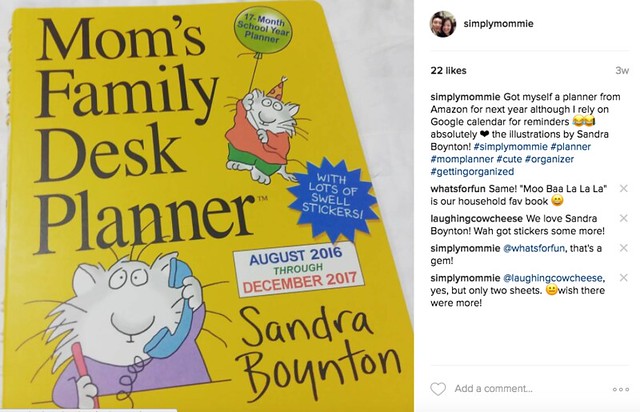 Mid last year I printed out a set of free printable month calendars to keep track of my daughter’s exams and our family schedule. I kinda liked it, partially because I found a great use for my washi tapes, but mainly because it helped me to focus a bit better. I like this mom’s desk planner because it actually splits up my stuff and family appointments into two separate columns which makes it easier for me to see things. I guess I’m a visual person. Plus it’s cartoony, hilarious and has stickers. 😛

I’m also using Evernote to stay organised – who doesn’t have Evernote these days right? I intend to use it to reinstate something I came across on being more organised – which is to set out to complete THREE tasks a day, the rest of the to-do list would be a bonus. I think this is a great way to kickstart a rusty engine and it also makes the day and to-do list seem more manageable.

What I used to do in the past was to make a to-do list then put in bold font the three tasks that I would absolutely need to complete the next day. I’d do this the night before so I’d be ready the next day without wondering where I should start. I have three tasks for myself to complete, and three I complete with each child. So technically I have nine tasks to complete each day. I hope it will work out better for me this time, now that I’m less lethargic and clearer-minded!

Well, I will check back in on how I’m doing in these areas through the year so till then! Have a good year ahead!

This entry was posted in Memories, Musings. Bookmark the permalink.