We spent our first weekend after the year-end exams at the Science Centre Singapore (SCS), checking out the long-awaited Avengers S.T.A.T.I.O.N. (Scientific Training and Tactical Intelligence Operative Network) Exhibition. 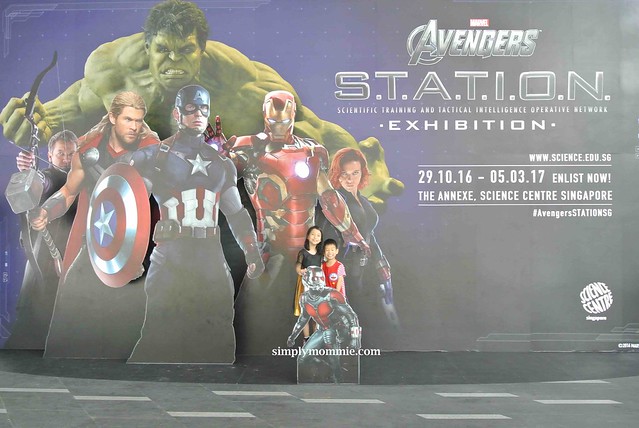 It is an immersive experience that allows visitors to live within the marvel cinematic universe and become part of the adventure by studying the science behind their favourite superheroes. It features original sets, props, costumes, interactive and special effects.

Just outside the exhibition at the annexe hall, there’s an area where you can buy Avenger-related merchandise. 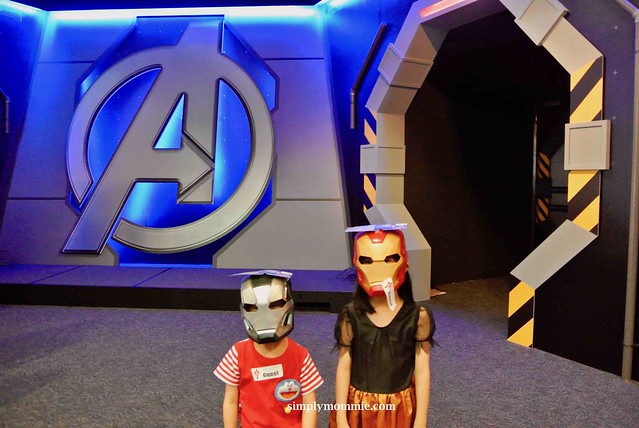 Before entering the exhibition, we were advised to download the Avengers S.T.A.T.I.O.N. Mobile Training Device app available for free in the App Store and Google Play. Once we got into the exhibition, we had to activate the app before we could enter. This is where you can borrow a device for $5 if you don’t have one: 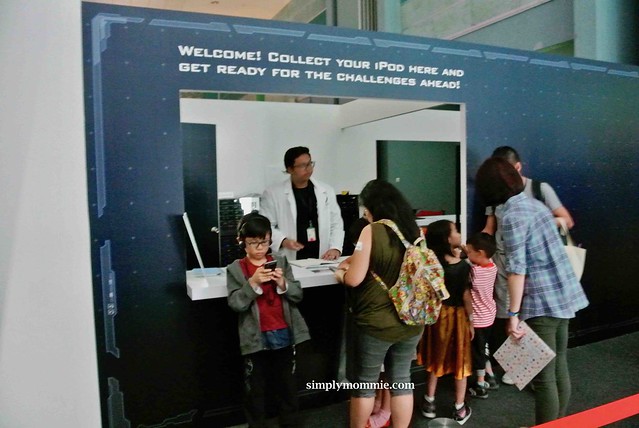 After that’s settled, you’re all set to take on the role of recruits, be part of a combat support network for the Avengers, and explore the history and scientific origins of your favourite Avengers.

Visitors enter as recruits and are granted probationary status with the objective of experiencing and learning the world of the Avengers by carrying out detailed examinations of the History, Genetics, Technology, Mission and Personal Profiles of the Avengers Team. 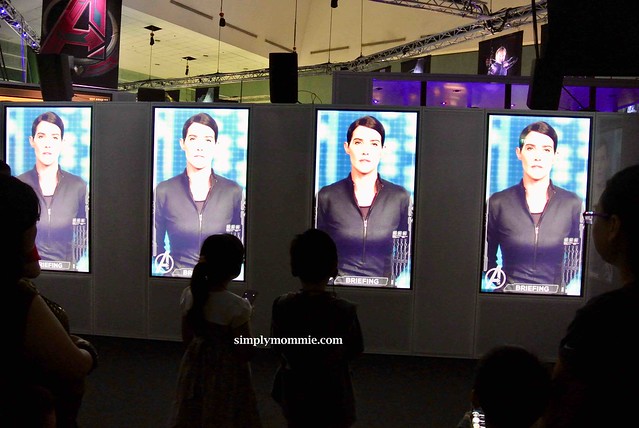 Mission brief from Agent Maria Hill in the Briefing Room

The app will give you access and insight into every exhibit, so keep it handy during your visit.

The first Avenger in the exhibition is none other than Captain America, my boy’s favourite! He kinda went a bit crazy here. 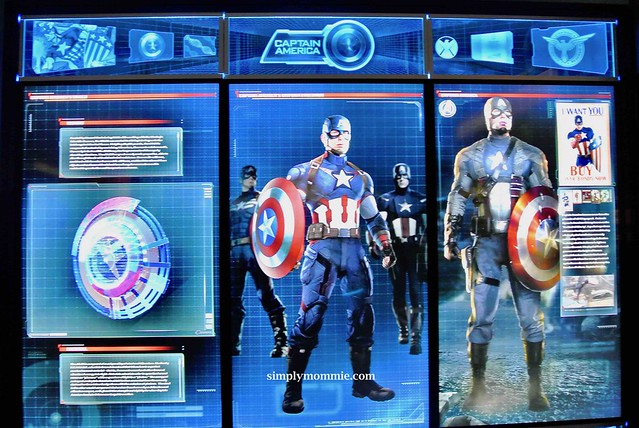 At the Captain America area, you will learn about vibranium and its scientific properties. 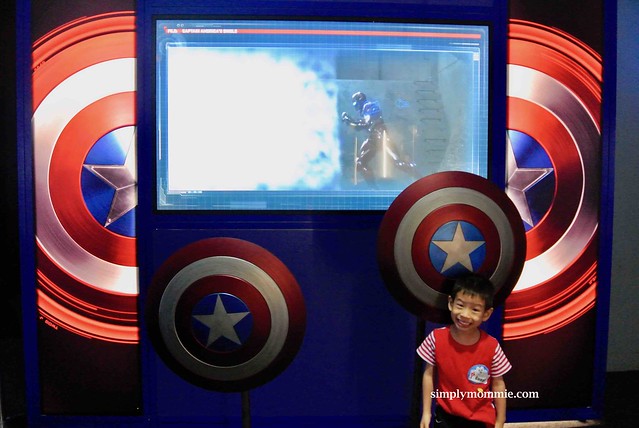 You can hop on Captain America’s bike too! 😀 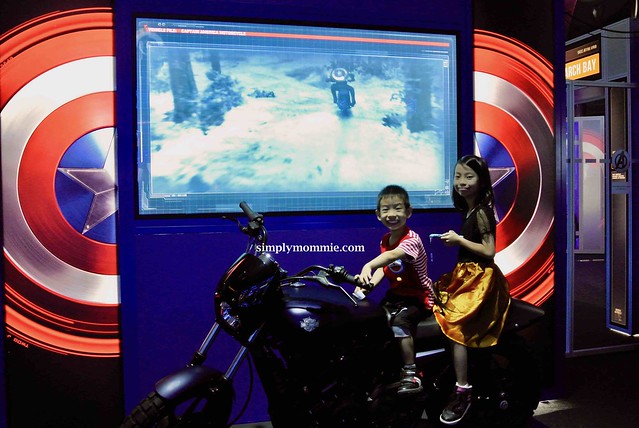 At the High Performance Test area, you can test if you are stronger than Captain America. Here’s my girl trying her hand at reaching Captain America’s extreme level of fitness at one of the stations. There’s a strength test, cognitive reflex assessment and an endurance test. 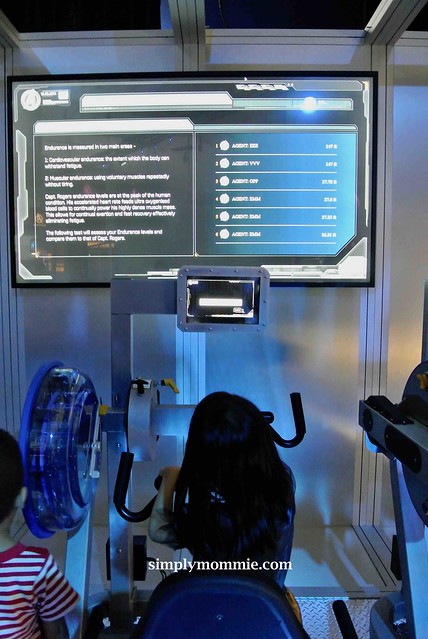 At the Bioengineering Research Bay at Dr Bruce Banner Bio-Lab, you will learn how the Super Soldier Serum works and its effect on Hulk’s blood. You can also watch the Hulk come alive through an interactive live screen display: 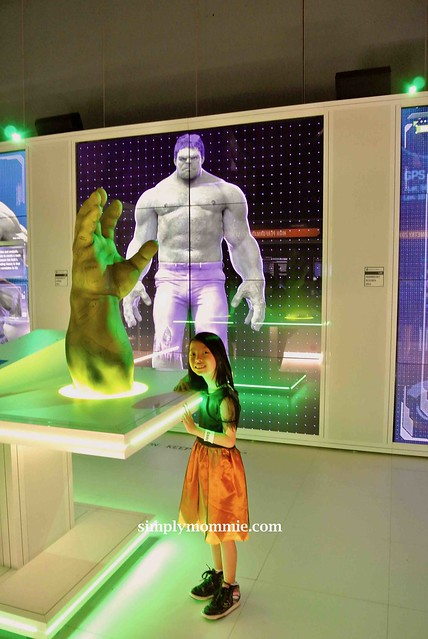 There’s also a Hulk Neuro Display which shows you what goes on in the Hulk’s mind (ignore the photo bomb in the background): 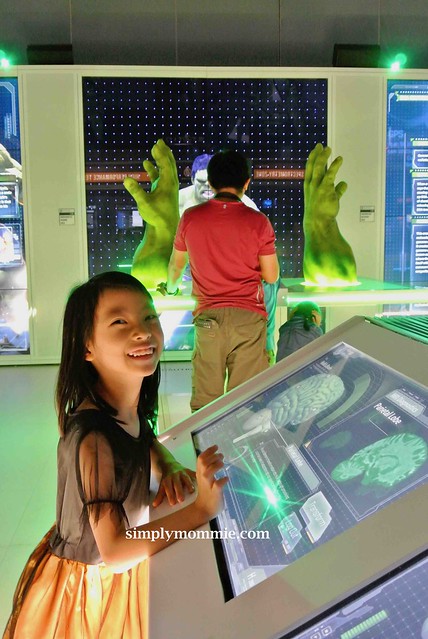 At the Spectrometry Bay, you can study the electromagnetic spectrum readings emanating from the Tesseract Portal Device as the S.T.A.T.I.O.N. attempts to reopen the portal: 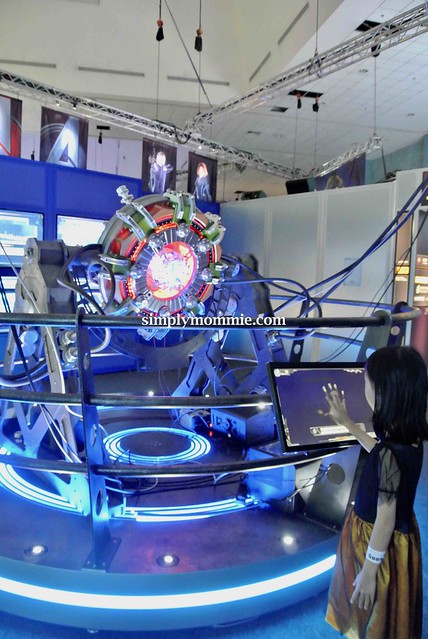 There are also plenty of amazing suits on display: 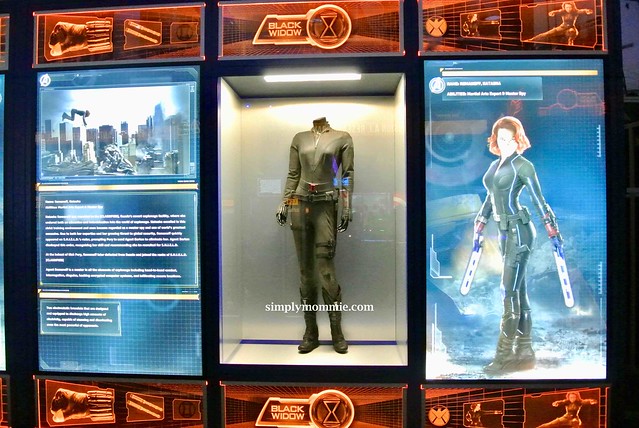 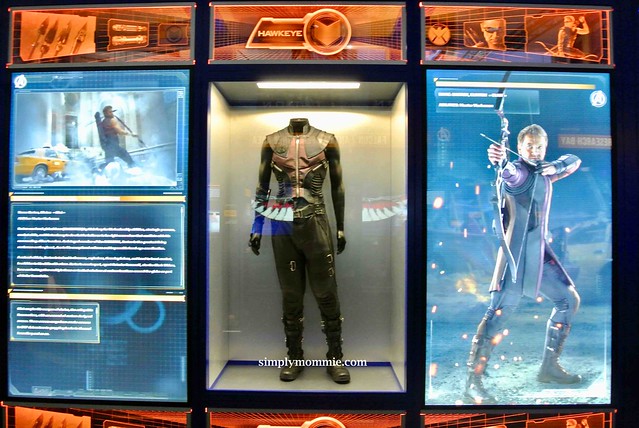 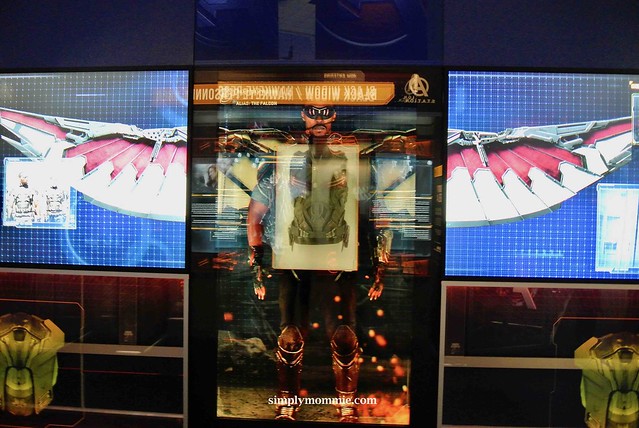 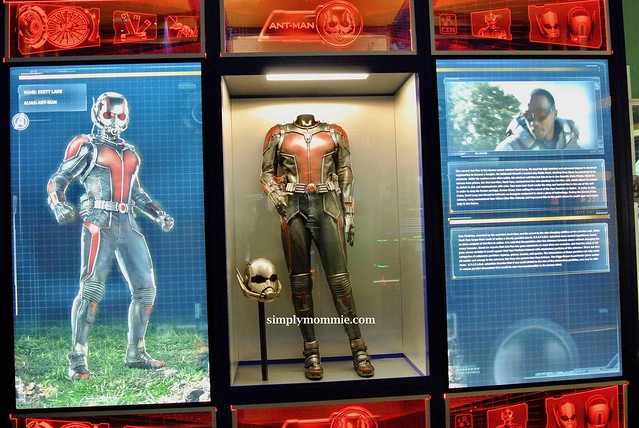 I thought this was one of the fascinating parts of the exhibition – a moving projection of ants on the floor. Got all the kids screaming and excited!! 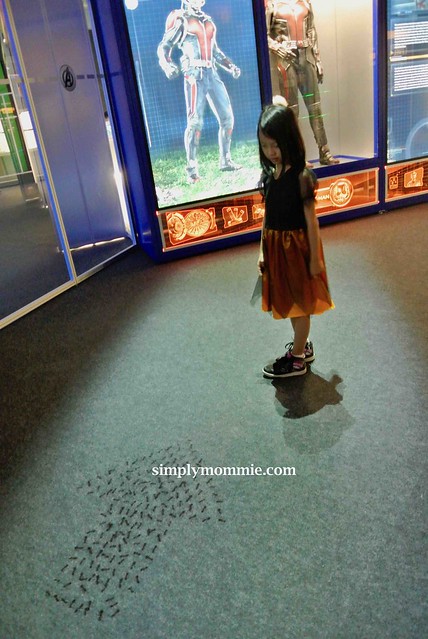 At the Containment Room, you will learn more about Chitauri, the Dark Elf and Loki through the displays. 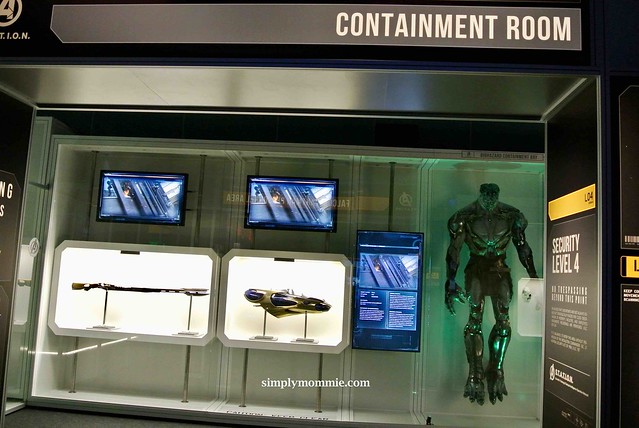 The Loki costume is on display for the first time in Singapore: 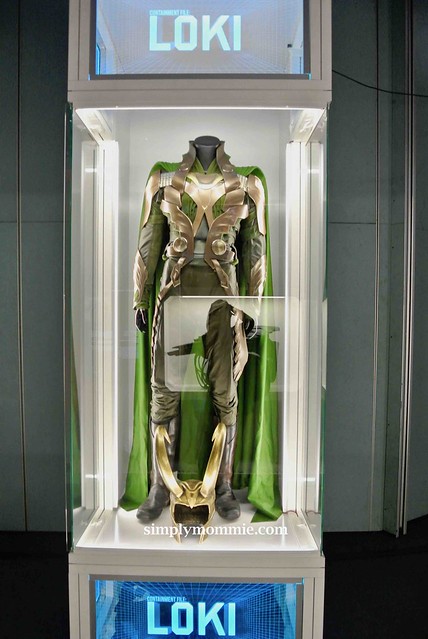 I confess, I have a soft spot for Thor 😀 At the Thor Observatory, you can learn more about Thor and try out the Mjölnir Simulation where you measure your worthiness against Thor who wields the mighty hammer. 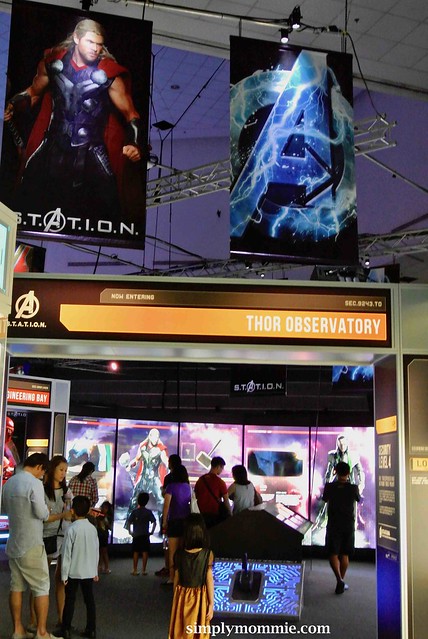 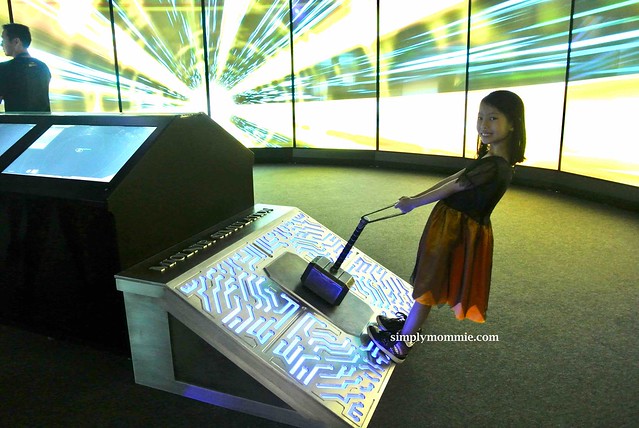 Trying out the Mjölnir Simulation 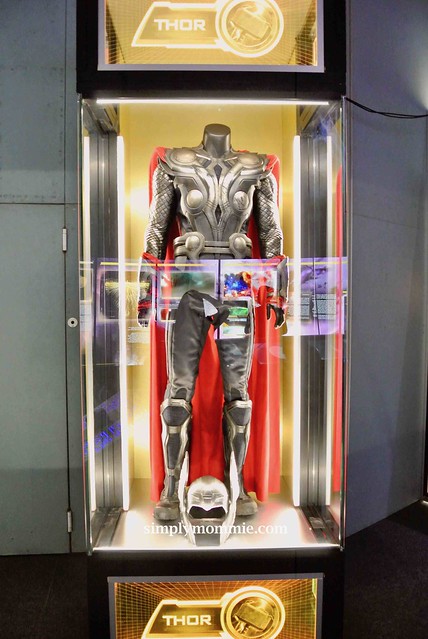 Before you enter the Iron Man area, there’s a small auditorium on the left where you can catch a Marvel movie at 11am and 3pm daily.

I found the Iron Man area to be most visually stunning. It’d be especially so for Iron Man fans as all the versions of his suit are on display! 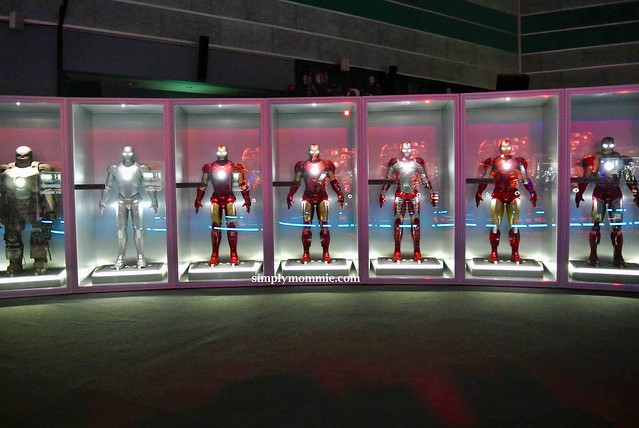 Little Boy enjoyed this Hulkbuster Experience where visitors can test their flight skills in Iron Man’s suit through augmented reality. If you don’t go early, expect to queue for this. 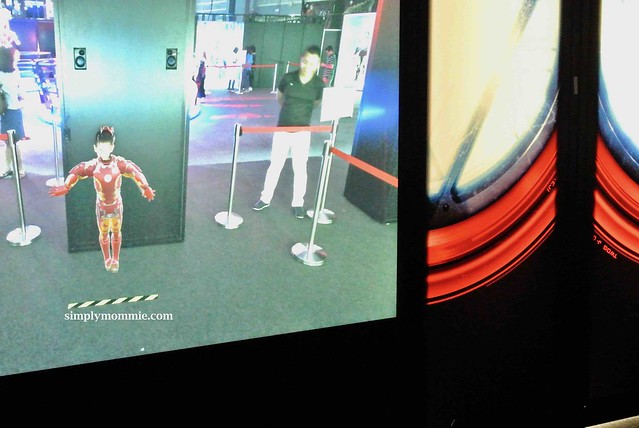 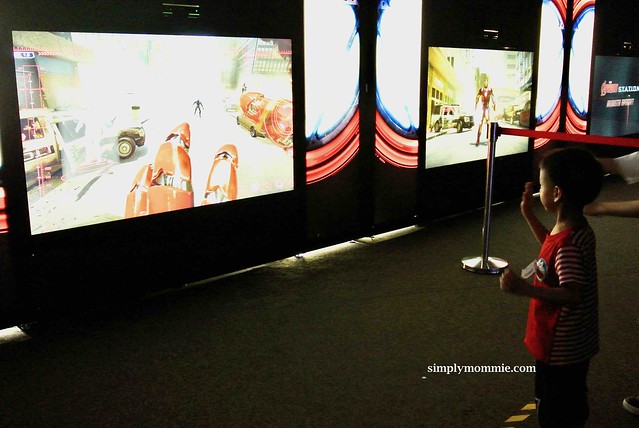 After the last collective battle (you need your app for this), you have finished your mission! 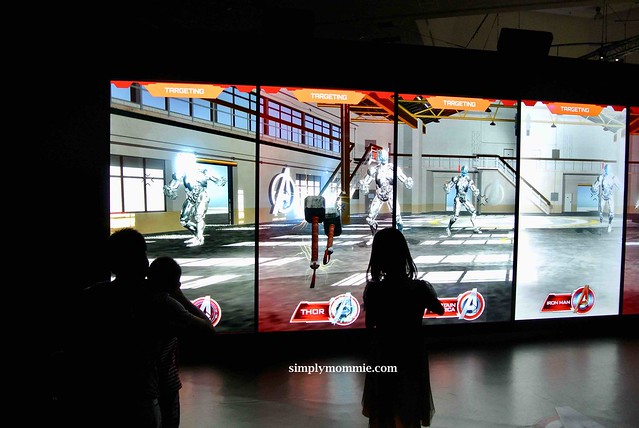 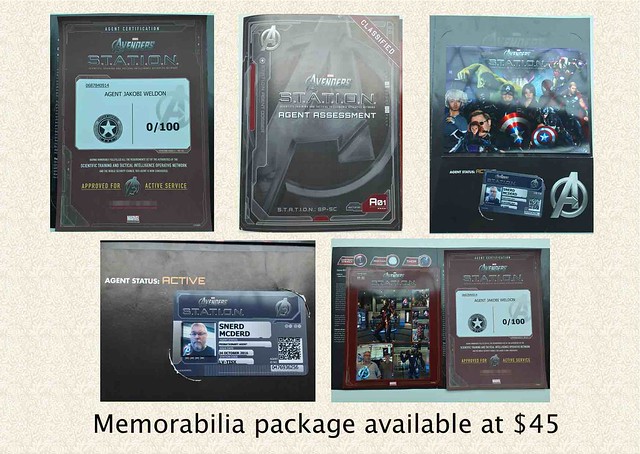 Overall, I’d say Marvel fans would love this exhibition. Even though parts of the exhibition were too wordy for my young children, they still enjoyed the other visual and experiential bits!

Disclosure: We were invited to check out the Avengers STATION Exhibition as part of our collaboration with the Science Centre Singapore as its ambassador. No monetary compensation was received.

This entry was posted in Places & Events, Reviews and tagged Science Centre Singapore. Bookmark the permalink.