I’ve always been a fan of Disney on Ice since I was a child. Yes, I am that young, believe it or not. Not surprisingly, my kids love Disney on Ice too (now, who doesn’t right?).

Although we missed last year’s show, the kids still remember attending the 2014 Disney on Ice performance and are certainly looking forward to this year’s performance! 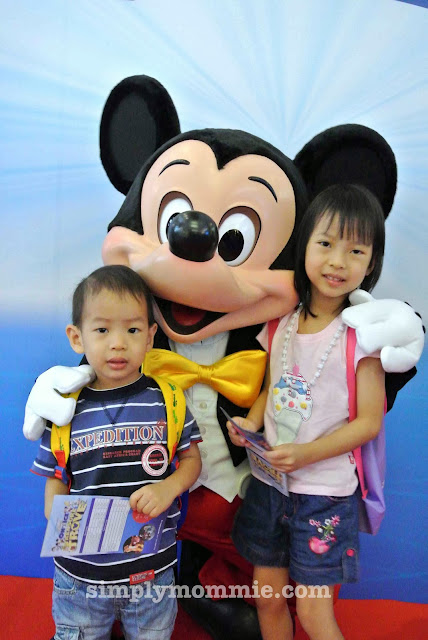 This year, Disney on Ice will bring us to a world of enchantment featuring the most magical moments from across the kingdom in Disney On Ice presents Magical Ice Festival! 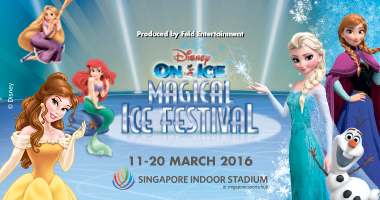 From 11 March 2016 to 20 March 2016, children and adults of all ages are invited to join in the spirited showcase in a new twist on fairytale fun.

This year’s theme, Magical Ice Festival, takes you on a sensational journey with your most loved Disney characters on ice. Experience a medley of Disney movies from The Little Mermaid to Beauty and the Beast, with special appearances from characters of the Academy Award® winning and Number One Animated Feature Film of all time – Disney’s Frozen! It will be a magical mix of royalty when Disney On Ice brings this winsome wonderland to you.

My kids are avid fans of Frozen, so you can be sure this year’s performance will definitely be a special treat!

With an extraordinary line-up of hit songs, memorable scenes and never-before-seen characters to look forward to, I leave you with 10 magical moments behind Disney On Ice to get you all geared up for the show:

Tickets for Disney On Ice presents Magical Ice Festival can be purchased online via www.sportshubtix.sg.

Disclosure: We have been invited to catch Disney on Ice 2016 and are looking forward to it! No monetary compensation was given.

This entry was posted in Places & Events. Bookmark the permalink.