Now that it’s March and almost the end of the first term, we’ve sort of got a routine in place.

It wasn’t so easy transitioning to this new life where suddenly many more hours were demanded of her to be in school. In her words to her same-age, still-homeschooled friend, “my school hours are very long, you know?”. Just so you don’t jump to quick conclusions about the monstrosity of schools, my girl didn’t mean to put it across as a bad thing because I know for now she does enjoy the time spent in school. It was more of a matter of fact rather than a judgmental statement. School hours are now much longer compared to the 3-hour kindy she was used to.

For someone who’s hardly a morning person, she’s had to cope with getting up at 6.10am, when the skies are dark, and leaving the house before the sun peeks out. Certainly not easy.

But she’s made commendable effort to really quieten herself down and wind down quickly to sleep at night and also for her naps. In fact, I know she’s so exhausted because she falls asleep instantaneously for her naps. The only day I deprive her of one is the day that she has her Chinese enrichment class in the afternoon.

I had grand plans for her. I bought those Daily Dose of whatever-subject assessment books thinking she’d do one page each week day – sounds reasonable right? I bought also those topical ones so I could revise with her. Turns out that time was really tight for us and not as much was done.

Where did all the time go? I’m not sure. In between finishing the homework, piano practice, reading and just getting enough rest and time to play and do whatever she wants, I find ourselves at the end of the day each day, sometimes hardly having accomplished anything I wanted with her. Her needs had to come first, so I stick firmly to that principle.

The initial weeks we struggled.

We struggled with getting everything running smoothly, the class bully, trying out whether doing homework after lunch or dinner was a better thing, getting her to take greater responsibility for her own stuff (she left her belongings in school every now and then), teaching her that it was her onus to complete her homework, and when things finally got better, even to clean her shoes at the end of the week or fortnightly. 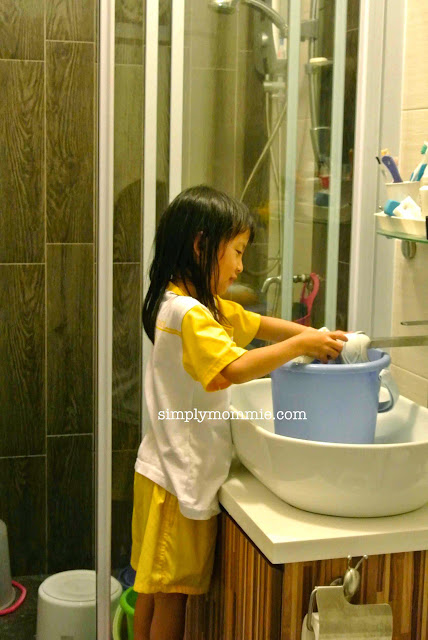 After like three weeks of school, I felt totally like a failure. Every time I managed to slot something in (e.g. piano practice), something had to be sacrificed (e.g. reading). I tried sending her to nap half an hour earlier so she could read first then nap; I even tried doing read-alouds during meal time so I could squeeze in reading.

Even when I got most of what I wanted in our day, I felt a vague sense of emptiness. Eventually I realised that the gap I felt so evidently in my life then was due to the fact that I had neglected her need to go out and play. Sure we fit that in on weekends, but every time I brought my boy to the park for co-ops, I felt keenly a dull ache in my heart, knowing that I really needed to bring her out to play.

I don’t fancy bringing them down in the evening to play because we’d all be nice and clean by then, and I needed to prep dinner and cook.

Eventually I solved my dilemma when I realised that I could slot outdoor play in on days I couldn’t cook lunch due to co-ops in the morning. I would tabao (takeaway) food and she would eat outdoors, play to her heart’s content and I once again heard the beautiful sounds of laughter, of little and not-so-little feet pitter-pattering around the playground. 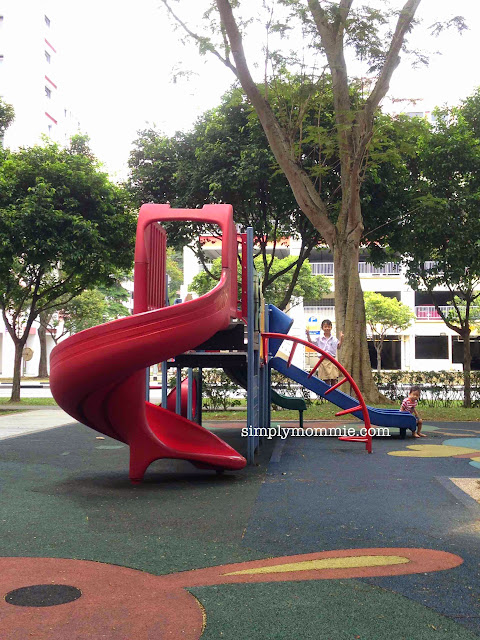 So what kind of routine are we settled into?

One that isn’t perfect, by any standards. One that works currently for our sanity. And my heart. One that beats strongly of a mother’s love. One that strives to remember that school should not rob us of time we treasure together, of time we need to spend outdoors, of greater things in life.