We went for a Equarius Hotel staycation in December 2013 – and that’s our second time staying there (we were just there in September). 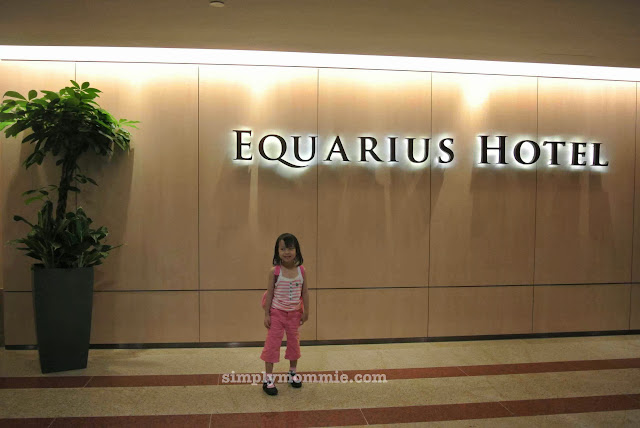 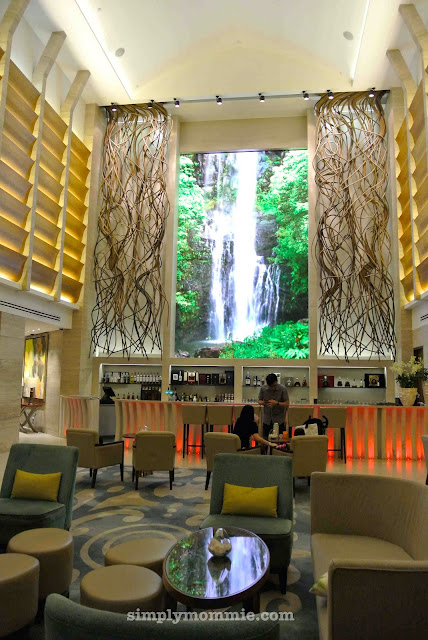 And since we were there in December, there were Christmas decorations:

We stayed in Festive Hotel in July in their Family Room which features a loft bed for the kid (read more in my Festive Hotel review) but the main reason why we chose Equarius Hotel again after going through the list of RWS Hotels was for the sheer size of the rooms. A deluxe room is a whopping 51sqm! How’s that for space huh? 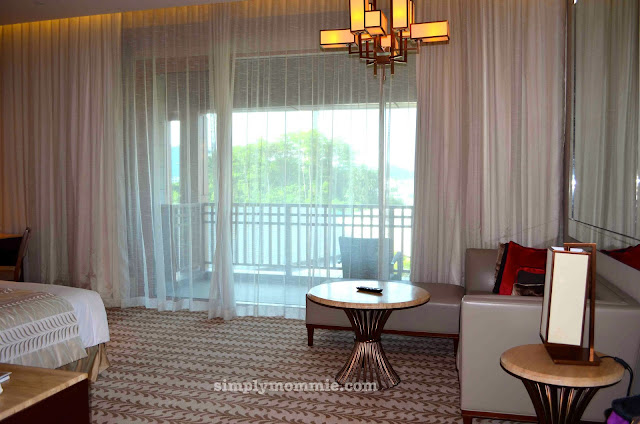 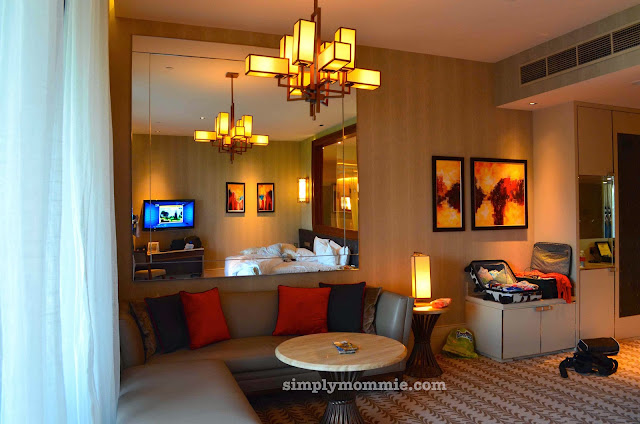 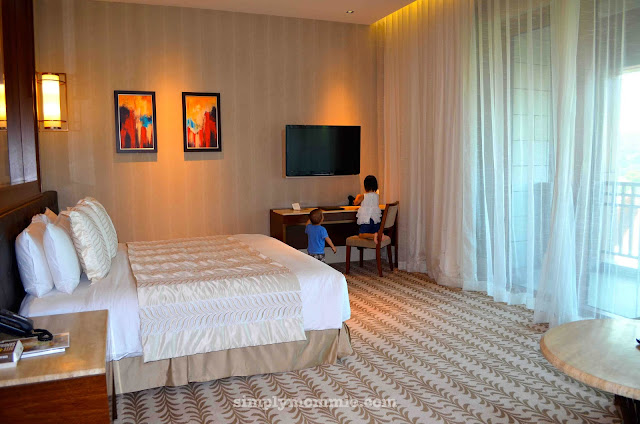 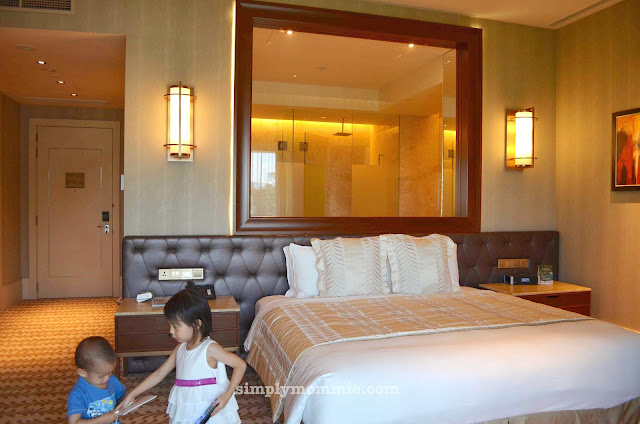 Trying to take a family shot using the large mirror: 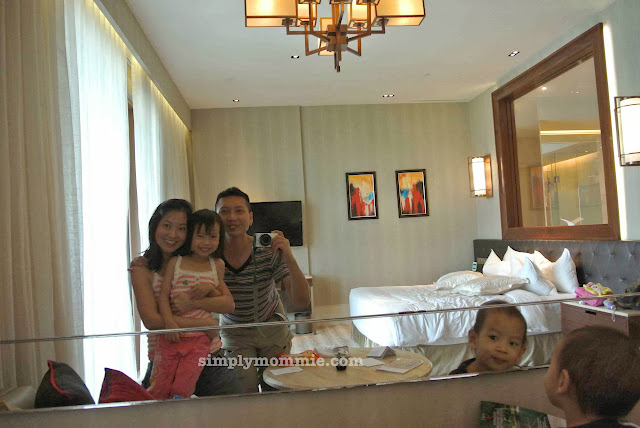 The roomy toilet which comes with a larger-than-usual bathtub and a TV within: 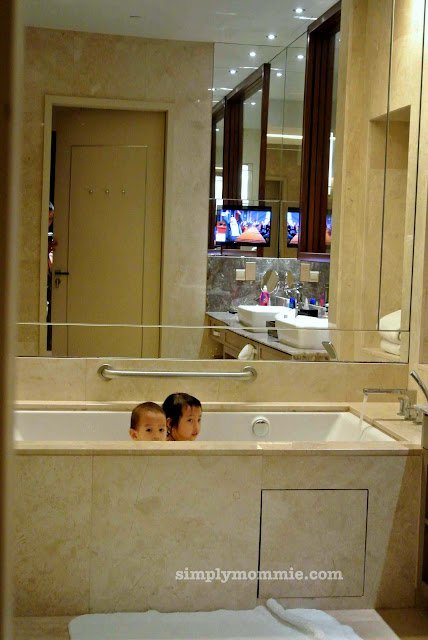 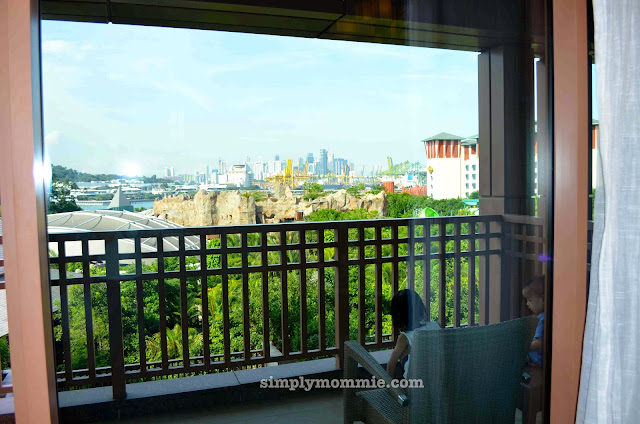 The view from our room in Sept: 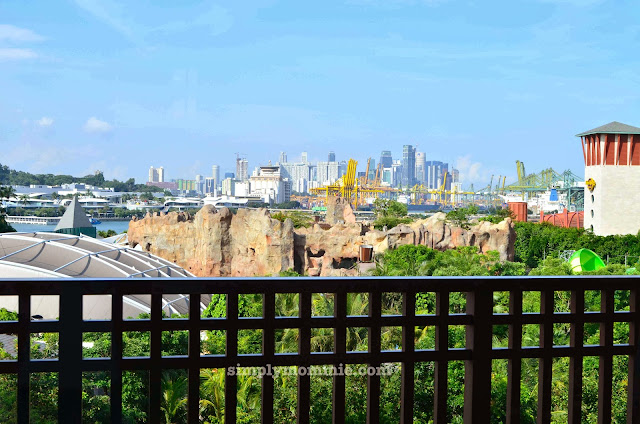 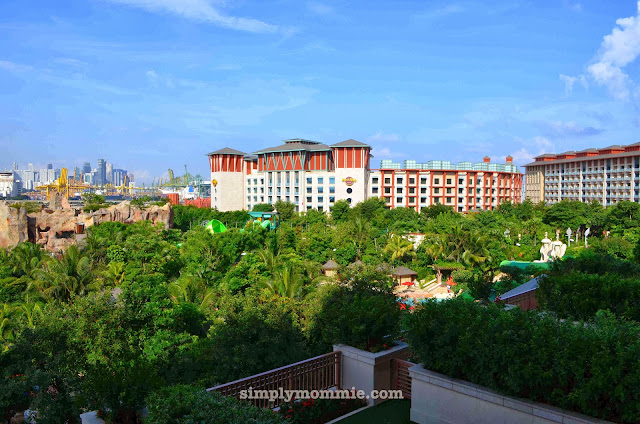 The second time we were there, our room was overlooking Adventure Cove and it was less scenic overall. But the proximity of Equarius hotel to Adventure Cove is a real bonus (if you’re intending to go to Adventure Cove) because you can simply ask someone from the hotel to open the gate to Adventure Cove from Equarius’s premises. When returning to the hotel, inform the Adventure Cove staff to open that same gate – you need to produce your card key as verification that you are a hotel guest. The convenience is fabulous, especially when you have young children – you can simply bundle them up with towels and head back to the comfy hotel toilet for cleaning up.

If you’re not keen on the water theme park, you can swim at Equarius hotel’s pool: 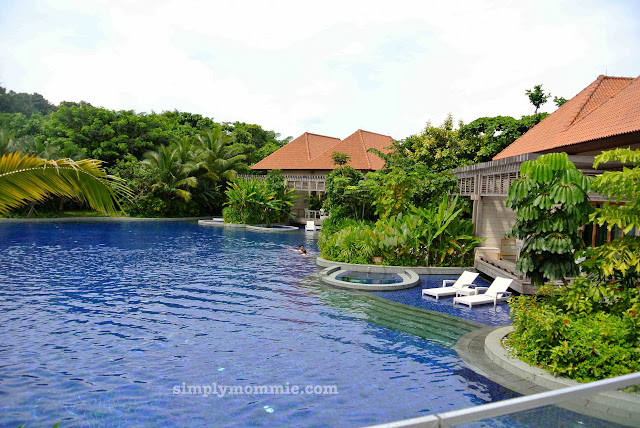 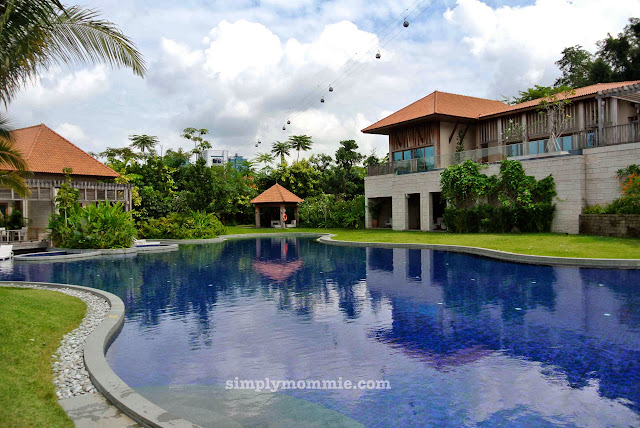 the other half of the pool

You can also head down to Festive Hotel or Hard Rock Hotel’s pools – that’s a perk of staying at RWS, having the option of choosing from the facilities of the different hotels. You’d have to take a shuttle bus from Equarius, though you can technically walk to Hard Rock Hotel – but it’s a 5-10min walk. When it’s too early and the shuttle bus isn’t in operation yet (e.g. you’re heading down to USS early for breakfast), you can approach the staff and they can arrange for a buggy to ferry you to other parts of RWS.

Both times when we were there, we had our breakfast at Forest 森, the restaurant at Equarius Hotel, on the morning that we’re not headed for USS. Helmed by renowned celebrity chef Sam Leong, Forest 森 offers a wide spread under a forest canopy-inspired ceiling.  🙂

[Note: Even though we love staycations and have stayed at many hotels in Singapore, I’ve only begun to document our stays of late so this is a growing list. You can read about our stay at Oasia Hotel, Festive Hotel @ RWS and Peranakan-themed Village Hotel Katong.]

This entry was posted in Reviews, Staycations. Bookmark the permalink.