Fight Dengue – Young or old, you can do your part

In June, I went for a NEA dengue prevention volunteer training and I have shared some of the startling facts about the Aedes mosquito I learnt in this post. It was at the training session that I had a chance to speak to dengue prevention volunteers as well as do short house visits with Assoc Prof Muhammad Faishal Ibrahim to encourage residents to do their part to fight dengue by doing the mozzie wipeout at home. 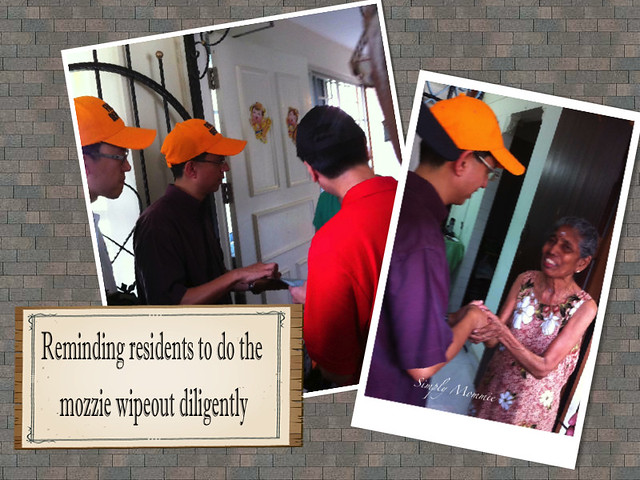 I also had a chance to watch one of the CERT (Community Emergency Response Team) members at work – yes, you’d have to admit that the dengue situation in Singapore warrants that it be called an emergency. 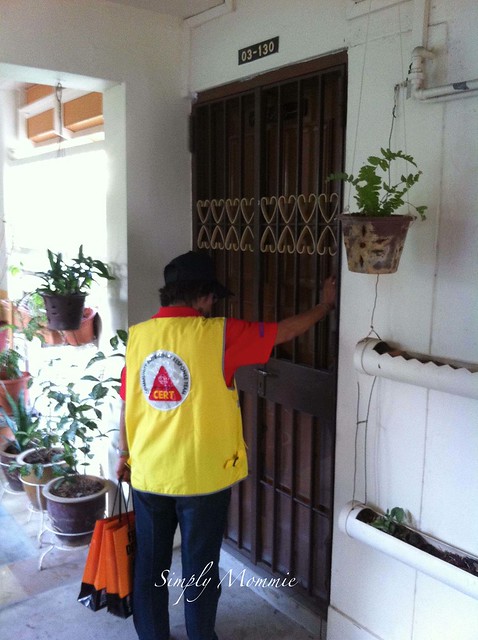 After the visits, I interviewed 72-year-old Mr. Toh Hong Chiaw about his involvement as a dengue prevention volunteer. 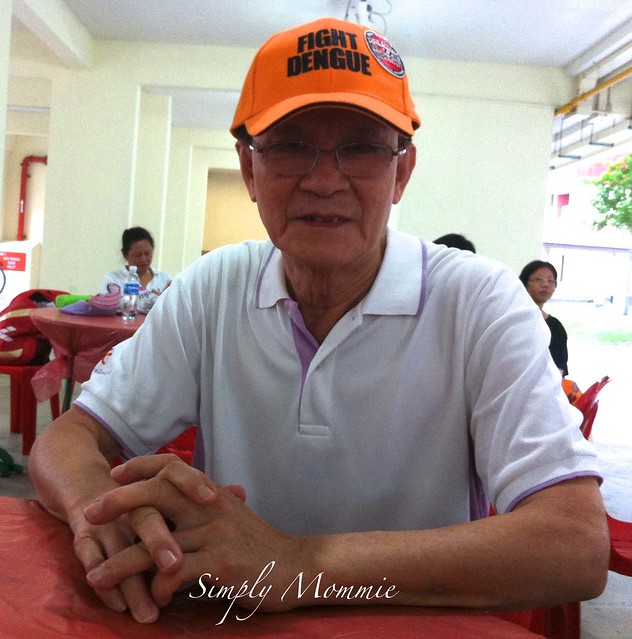 In the interview, Mr Toh shared that he has stayed at Nee Soon for 30+ years and has been involved in 18 years of volunteer work, working closely with the Residents’ Committee. It’s only in recent years that his volunteer work started to revolve around fighting dengue. Although he doesn’t know anyone personally who has had dengue, he has been diligently going around the neighbourhood twice a month, on his own accord, to drop gentle reminders to the residents to do the mozzie wipeout.

He disclosed that there have been ongoing activities to fight dengue since mid-2012 and he personally finds his role as a dengue prevention volunteer more meaningful this year due to the severity of the situation. While some residents weren’t particularly friendly and some refused to open the doors, he says the majority is generally friendly. Being a volunteer has enabled him to spend time fruitfully in his golden years. He also believes that what has kept him going as a volunteer all these years is having the heart to volunteer.

You’d have to agree with me that Mr Toh’s passion to do volunteer work is admirable – 18 years and counting, and he’s 72! Inspired by him, apart from doing the mozzie wipeout at home, I’ve brought my kids with me to check our surroundings for stagnant water and potential mozzie breeding spots.

When we go for our walks in the neighbourhood or on our way back from school, we make it a point to just peer into drains to check if there are discarded receptacles like bottles and plastic bags that could hold stagnant water. We’re glad to say, so far, we’ve not reported any cases. If you spot any, please call NEA and they will act on it. 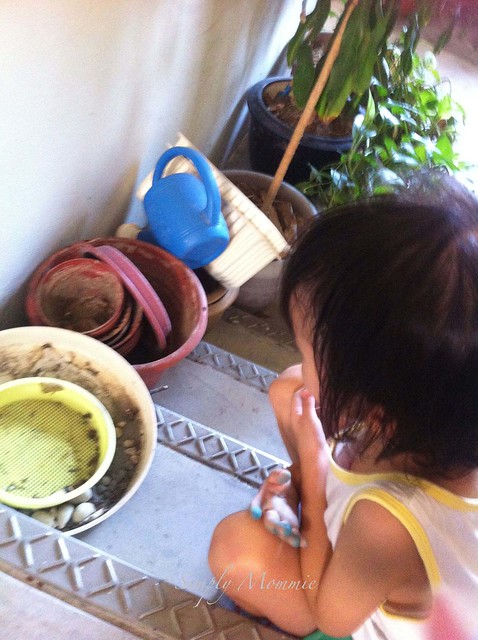 My girl checking if there’s any water in the pots

We found half a pail of water, presumably to water the plants. But since we weren’t sure how long the water’s been left out or will be left out, I knocked on the door but there was no answer. I managed to speak to a neighbour to find out more and to ask if she could relay the message and shared some of facts about the Aedes mosquito with her. 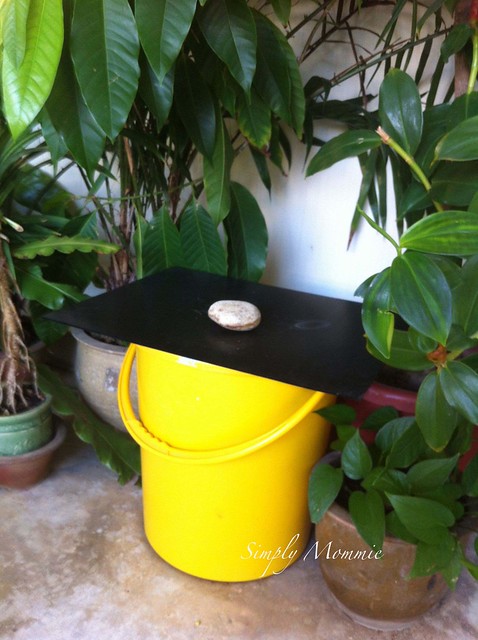 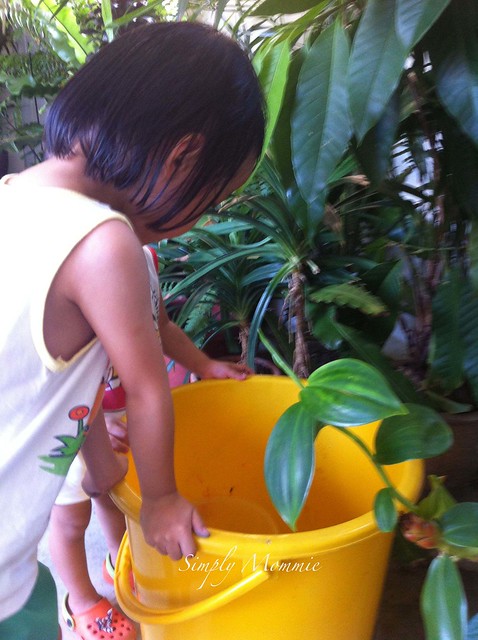 Checking out the contents

At the end of our mini-walkabout, I’d say that I felt a great sense of accomplishment. Not only did we check our surroundings and ensured that there are no breeding sites, my children took away the message that even they, little as they may be, can do their part to prevent dengue. They carefully poured away all the water from their toy cups and pails in the shower area and made sure all their containers were overturned after their shower – yes, even my 21-month-old did that. It’s little things like that that really put us to shame, isn’t it? With all our wisdom and maturity as adults, sometimes we aren’t even half as responsible as children. So let us all do our part to fight dengue – we aren’t doing it for someone else, we’re doing it for ourselves, and everyone.

If you are planning for a getaway during the National Day weekend, remember to do the Prior to a vacation steps to prevent breeding mozzies in your home!

Disclosure: This is a sponsored post. All opinions expressed are mine.

This entry was posted in Advertorials and tagged NEA. Bookmark the permalink.