Ever since Alicia’s second birthday celebration at Julia Gabriel in 2010, I’ve been wanting to attend a cupcake decoration course… well erm, so that Alicia can have mummy’s cupcakes for parties in future… lol… (but will mummy overcome the inertia of baking the cupcakes? :P)

I finally found a suitable timing at B-I-Y and since I’m a noob at decorating, I decided to go for the basic cupcake decorating course. After all, I’m interested in icing techniques and the fondant course – which requires 3 hours of me – is just too long. In fact, I didn’t even have time to stay for photo-taking and stuff for my 1.5hr course and had to rush back home to Alicia because hubby messaged me to say that she had woken up from her nap.

The course was easy and fun, but I thought the extra cupcakes – which were handed out to be brought home as a snack – could have been distributed earlier for decorating purposes since I’d finished decorating my four cupcakes and was sitting around waiting…. not even sure what I was waiting for. 😛 And there was still more than enough icing to go around.

Apart from that, I would say it was a memorable experience and the instructor was nice. However, till I have really a lot of time on my hands, or till I really have an occasion to bake those cupcakes and make the icing and decorate them (I only love the decorating bit!), we’ll see what I can come up with. LOL.

Since the course I attended was in early Dec 2010, the theme was Christmas, which explains all the Christmas-y bits of my cupcakes: 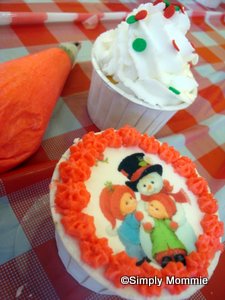 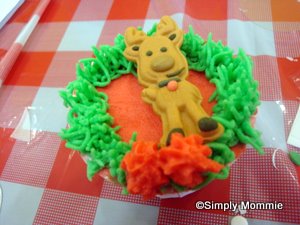 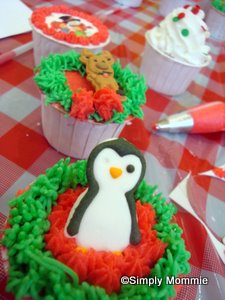 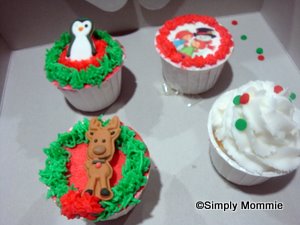 they survived the trip home in a super-packed train. Phew! 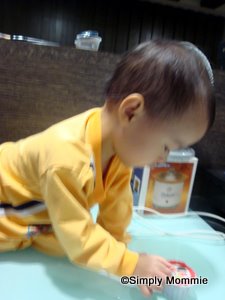 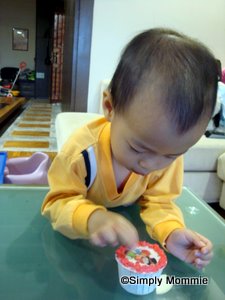 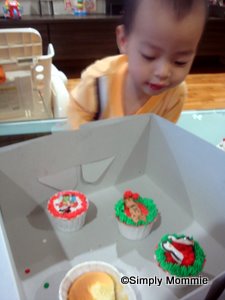 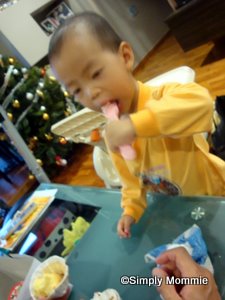 Update: I finally made Christmas cupcakes in 2012! Won’t you check them out?

This entry was posted in Places & Events, Reviews, Services and tagged Celebrating Christmas. Bookmark the permalink.