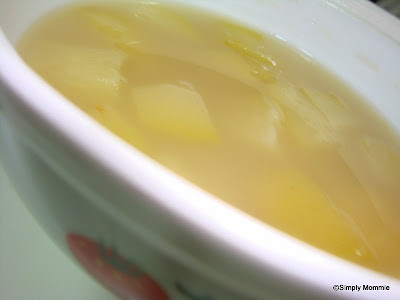 I bought chayote the other day from the market as it was recommended by the vegetable seller. I had asked her for recommendations for any remedies for ridding phelgm and she suggested this (though it wasn’t the first option – she had something else in mind but apparently it was already sold out so chayote was the next best choice).
FYI, I saw this in NTUC and it was labelled as Chokos.
I got some information about chayote from this site:
“Chayote (pronounced chai-yo-tay) is a member of the cucumber and squash family. Though it is eaten both in raw or cooked forms, it is actually a fruit. In both forms it is a good source of amino acids and Vitamin C. It is also low in calories, sodium, contains no cholestrol and is a good source of fibre. You can peel it or prepare it with the skin on. The seed is tender and edible as well.”

Here’s the pic of the chayote from that site: 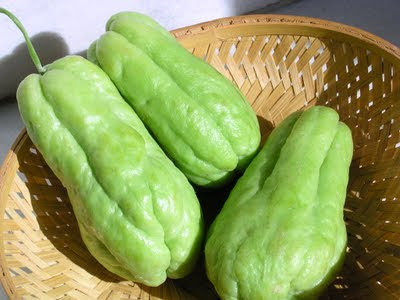 And here’s the cut version of the chayote: 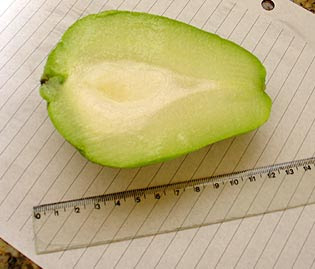 After a bit of reading up about the chayote in Mandarin, this is what I’ve gathered:
Chayote’s health benefits:
How could you not give this vegetable/fruit a try? 😛 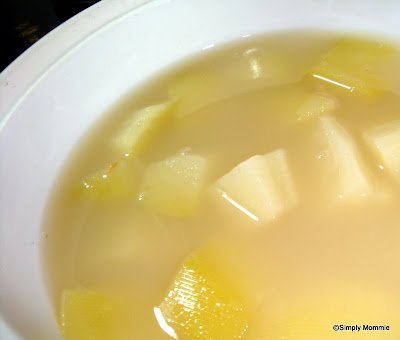 It is a versatile veg/fruit and can be eaten raw as in salads, cooked in savoury soups or desserts.

This time, I’ve decided to make a dessert out of it: 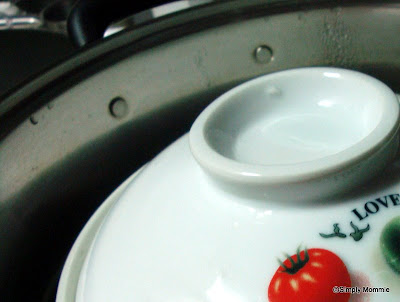 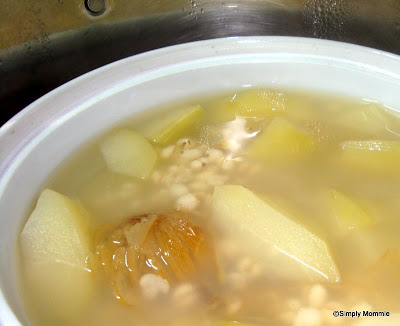 Alicia had some of this though she wasn’t particularly fond of it… in fact, she didn’t quite like the chayote but was quite ok with the taste of the soup.