It’s almost a week into 2016 and it seems like a little late to be talking about 2015, but you know, I was busy decluttering and by the end of each day, I just wanted to chill and relax. So admittedly, this post is late but I had to write it nevertheless. I love to just recap the key moments of our 2015 as a family while ushering in a new one, so here it is.

(1) Last year was a milestone year for our family because my girl started Primary One. Her hair looked kinda funny then because of this incident. 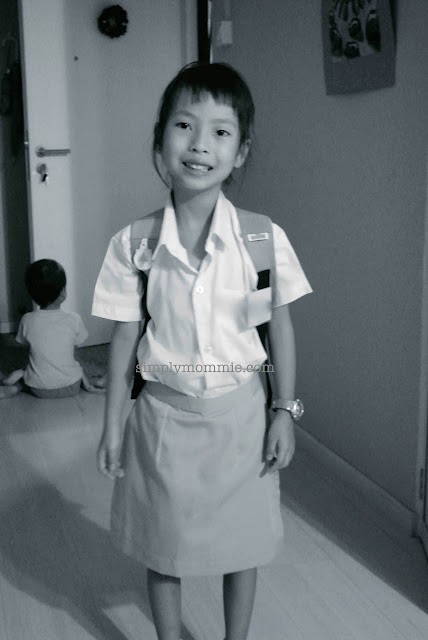 Anyway, it was a whole new routine for us and I started having to wake up really early to prepare breakfast and pack the snack box for her break (check out our breakfast and food for recess ideas if you like). Eventually I stopped waking up early because I realised that my hubby was perfectly capable of providing her breakfast food like bread and milk and you know, stuff that doesn’t need to be cooked, and she’s still in good hands even if she’s not eating a mum-cooked breakfast. That provided much relief for me as I’m hardly a morning person, but I guess this will be the arrangement for now till my boy starts primary school too. We took some time to sort out a routine after she started Primary one but we finally did it after a couple of months.

(2) It also marked the end of my breastfeeding journey after 7 years, and with it, the end of co-sleeping (although it doesn’t always happen that way; it just happened simultaneously for me)

(3) And it also marked the end of homeschooling as hubby decided that it was time to send little boy to formal kindergarten in 2016. We’ll still try to keep up with the Literature-based learning at home after he starts school.

(4) The academic year for my little girl was one that was not just fulfilling in terms of having gained new independence – learning to cope on her own for long hours in school as compared to three hours in kindergarten, making new friends, coping with new academic demands, learning to manage her finances. It was also one that saw her strive hard to do well both as a person as a student, and in the process, she experienced the satisfaction of achievement, and hopefully, remembers the processes that she went through. Apart from being awarded first in the standard for the most number of Chinese books read, she also obtained the model student award for the month for her class, and we ended the year on a sweet note when we saw that she had obtained the Edusave Certificate of Academic Achievement as well. 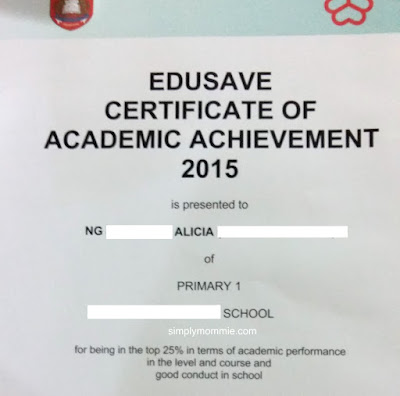 (1) It was the first time I watched a magic show ‘live’ (Joe Labero) last year and it was a date night with hubby, no less (so thankful for my mum and aunt who always help us out when we want to go for dates!).

(2) We try to visit Universal Studios once each year and we did so in March during the egg-citing Easter celebrations!: 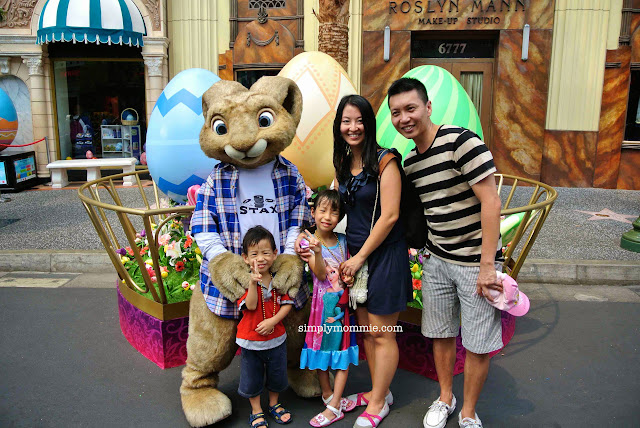 We went for a trip to Genting in June (not on the blog yet), stopping by Malacca on our way back. It was the longest road trip we’ve taken since our last trip there before little boy was born! 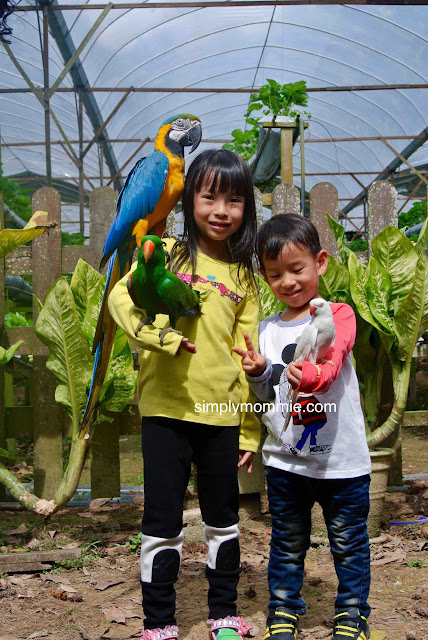 We also had a short staycation at Siloso Beach Hotel, during which I think the activities we did far outdid the stay at the hotel. Among the many activities we did during that time, the most memorable were my girl trying out the flying trapeze and the flowrider. 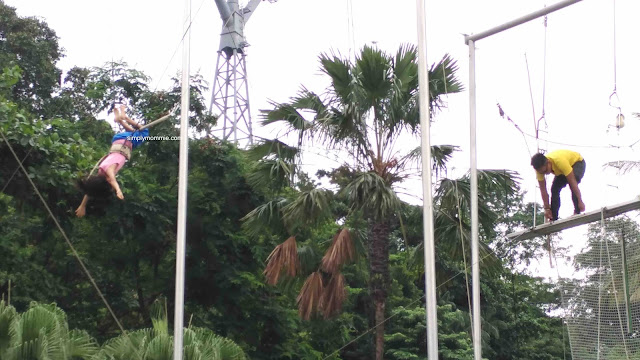 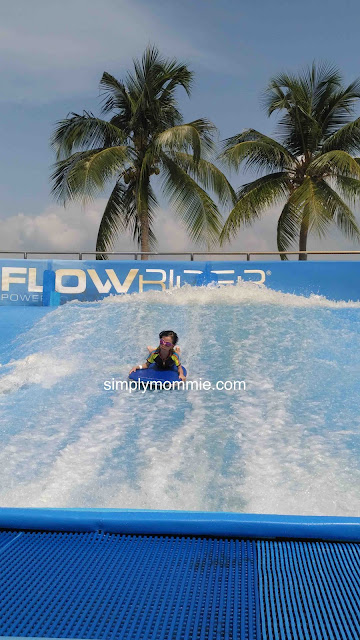 We celebrated our ninth wedding anniversary with a staycation at Shangri-la. It was a wonderful stay and I’ll probably put this on the blog since we do have quite a few staycation reviews already. 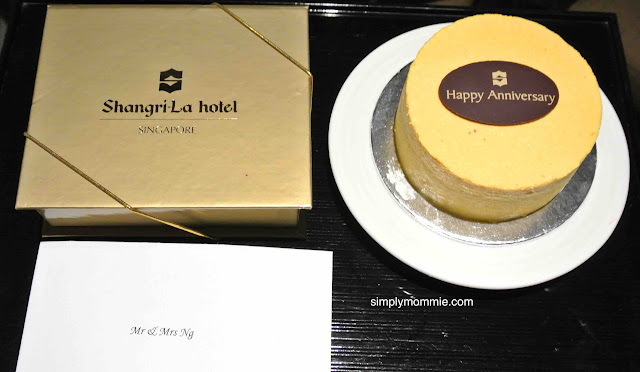 We finally went for a Royal Caribbean cruise – Mariner of the Seas and it was one of our best holidays! Royal Caribbean read our review of the cruise a few days after I posted it up and even wrote to me! 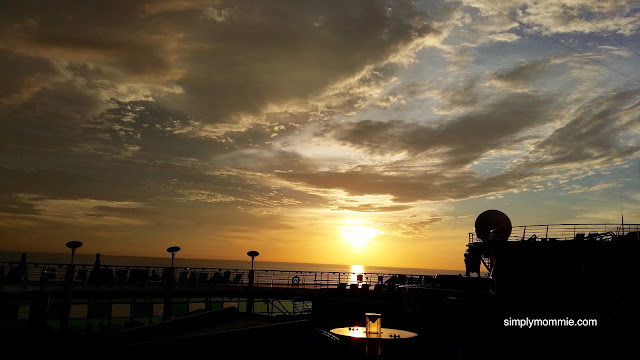 Our final staycation of the year was at D’Resort near the Christmas period, and though the kids enjoyed themselves tremendously due to the fun they had at Wild Wild Wet, I’d say their fun probably had little to do with D’Resort itself. 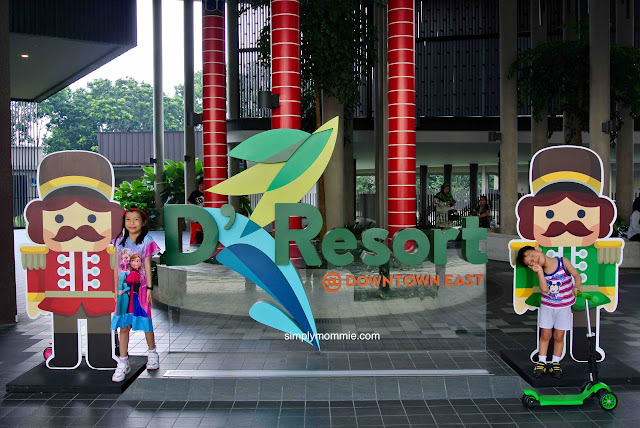 We didn’t manage to get the family room because they were fully booked (which at the point of booking, we didn’t know Rainforest meant the HOTEL part of D’Resort), so we stayed at Mangrove and it turned out to be more like a high-class chalet. I’m not sure if I’d really want to blog about our stay there, or whether it’s worth my time and effort to do so.

With it, is a whole new routine again now that little boy goes to kindergarten. And I finally have an uninterrupted 1.5 hours to myself in between sending one of them to school and picking up the other! I shared a day in my life (2015) and I guess with a new routine this year, I’ll probably do up a 2016 version. With an additional slot of me-time, I think I probably will be able to do more of what I do in my me-time! As it is, I’ve signed up for a Zumba class that fits nicely into that time slot I have, and I have gone to the gym too. I’m still excited about the new routine and figuring out the fine details but I sure hope it’d be a year of many blessings, like it was last year!