We were gifted with the Dyson Pure Cool 2-in-1 Purifier and Fan some time back when the temperatures soared to 34 degrees celsius almost every day. Back then, we were really thankful for having an extra fan in the house because it was so warm that at some points in the day I couldn’t even feel my ceiling fans generating any wind. 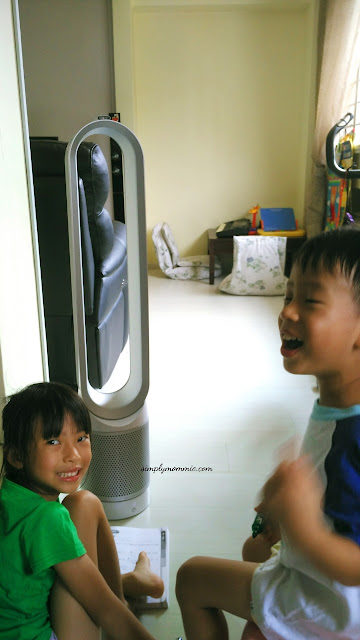 So excited about the new fan and enjoying the breeze! 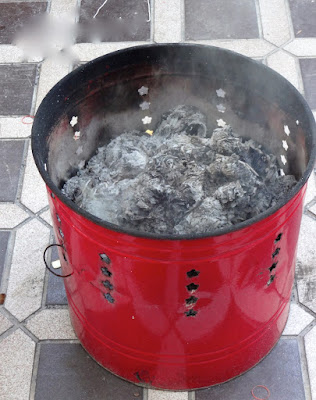 Previously the Dyson Pure Cool was to us, a sleek (it is up to 70% smaller than conventional purifiers), light-weight fan that is extremely child-friendly. Because of its light weight (it weighs merely 3.5kg), we can easily move it anywhere in the house where we want extra breeze. It’s particularly useful when we do any work at the dining table or have our meals there as we somehow can’t feel our ceiling fan from our dining area (we’d previously switched to eating at the coffee table on really hot days as it is right under the ceiling fan). 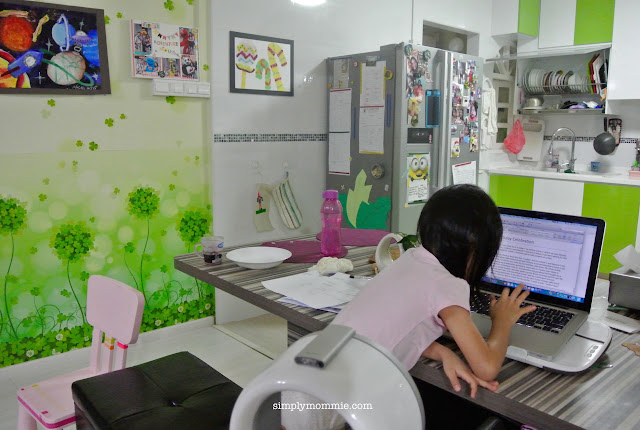 And obviously without the blades, we don’t need to worry about little fingers or hair getting tangled somehow in a freak accident.

Now with the haze and the burning (I have neighbours who do the burning of their offerings at our floor and well, almost literally at my doorstep), it can get really quite bad. In my very honest assessment of the Dyson Pure Cool, it definitely reduced the burning smell in the air but I wouldn’t go so far to say that it completely removed the smell immediately. Despite the fact that it doesn’t get rid of the odour entirely, I think it does get rid of the smell significantly faster compared to when I don’t turn on the Dyson. Also, at least I feel much safer breathing in the air from the purifier because the Dyson Pure Cool can capture up to 99.95% of particles as small as PM0.1 – which includes harmful components found in the air during the haze periods as well as pollen, bacteria, viruses and PM2.5.

I also tested out the Dyson Pure Cool when I was cooking to see if it could help with the smell of food filling up my house as mine is an open kitchen. 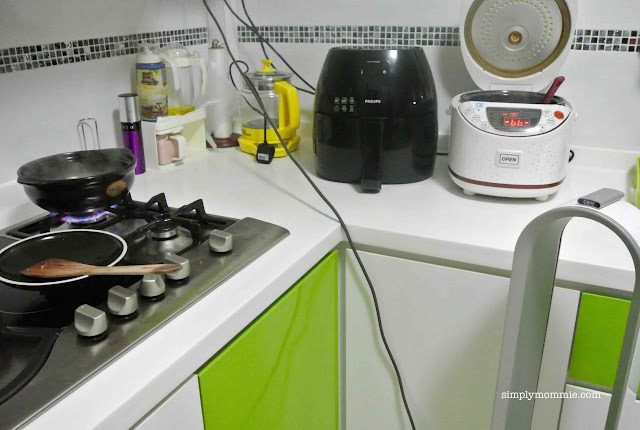 The smell of food cleared up considerably faster than usual (apart from putting the fan near the stove while cooking, we kept the fan on, facing the dining table while we had our dinner) and according to my hubby, the floor was significantly less oily. I was stir-frying cod for our fish porridge so we were glad that the fishy smell didn’t linger as long!

So how does the Dyson Pure Cool work?

The air is passed through a patented 360° Glass HEPA filter, containing 1.1m2 of constructed microfibers. Unlike other purifiers that rely on non-woven filters, the Dyson Pure Cool’s filter has been pleated 254 times, meaning it can trap even the smallest particles – including pollutants, pollen, bacteria, viruses and particles down to PM0.1. 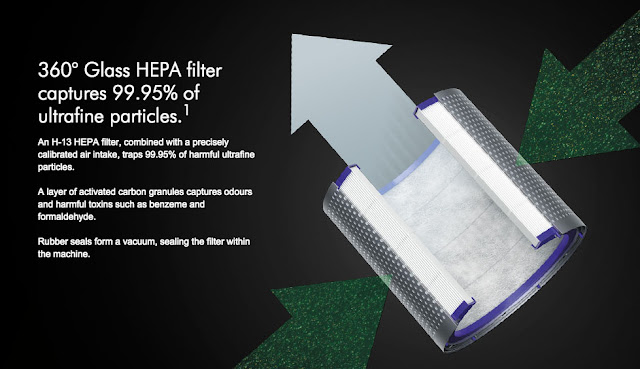 Clean air then leaves the amplifier loop at a high velocity and is directed over an airfoil-shaped ramp. This way, a long-range stream of smooth air is released, purifying the air you breathe.

Now that we’ve established how the Dyson Pure Cool works, I’m sure you’re keen to know how often the filter needs to be changed. Fortunately, the Dyson filter can be changed in a simple 4-step process in less than a minute –

Now for the finer details.

There is a magnetic handy remote control which you can attach to the top of the Dyson Pure Cool. The Dyson 2-in-1 fan and air purifier can be set between 1 to 10 airflow settings (I normally keep it on between 8-10). There is also a sleep timer: pre-set intervals range from 15 minutes to 9 hours.

The Dyson Pure Cool purifier fan is the only one accredited with the Quiet Mark. So with a built-in sleep timer, it’s engineered for night-long purification. Quiet Mark, is the international mark of approval from the Noise Abatement Society, endorsed by DEFRA, encouraging the design of quieter high performance technology and solutions to reduce unwanted noise in our environment. The distinctive purple Quiet Mark assures consumers that the product is one of the quietest in its category with an easy labelling system at point of sale. Following in the footsteps of Dyson Cool fans, improved airway paths and an aerodynamic diffuser allow the machine to be quiet. 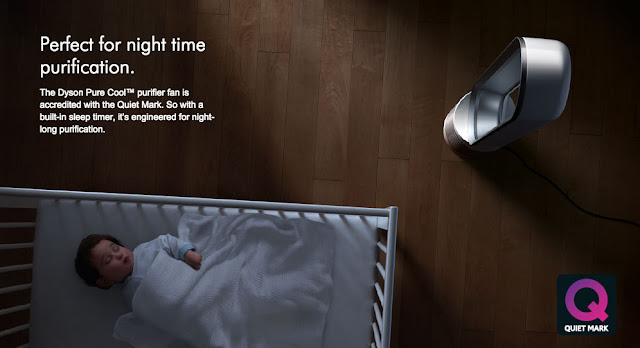 The Dyson Pure Cool is really good to have, especially in hot Singapore where we are perpetually attacked by haze during certain months of the year. 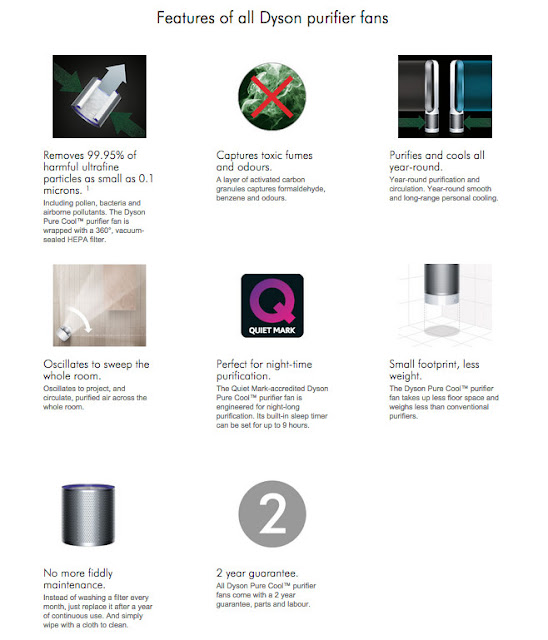 Availability: Dyson Pure Cool is available in all good electronics stores and departmental stores. More information is available at the Dyson official website.

Disclosure: The Dyson Pure Cool was provided for review. No other compensation was received.