A Night of Magic at Raffles ~ Joe Labero

Following the spectacular success of Incanto in 2013 and A Night of Magic at Raffles in 2014, four-time Merlin Award Winner Joe Labero returns to Singapore with an awe-inspiring performance in 2015.

And we were simply blown away.

It was our first time at his show and in fact, the first of this sort. While my husband busied himself with trying to figure out each of Joe Labero’s illusions, I just allowed myself to soak in the magical atmosphere and be transported to another world of suspense and mind-boggling wonder.

We sat enthralled all evening by witty puns, a quirky sense of humour, stunning performances by the guest performers and fire artistes (Burnt Out Punks) and Labero’s exclusive brand of magic. Truth be told, there was never a dull moment. Of course, in all honesty, I would have enjoyed the show a whole lot more had I fully recovered from a bad case of gastritis and wind. I think you’d agree.

We watched carefully, and tried our very best not to be distracted by lights or effects, but still, we couldn’t see through any of his illusions. I particularly liked the disappearing acts, but I shan’t spoil it for you by revealing too much here. 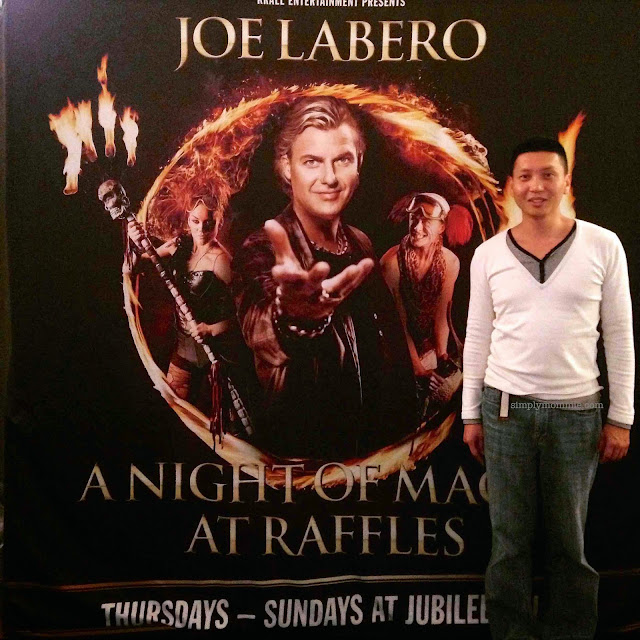 With thousands of sold out arenas and theatres across the world, Joe Labero is here, performing at Raffles Hotel in Singapore for his new, all exclusive show from 16 January 2015 to 22 February 2015.

With illusions so stunning and spectacular, you’re guaranteed to have a good time! 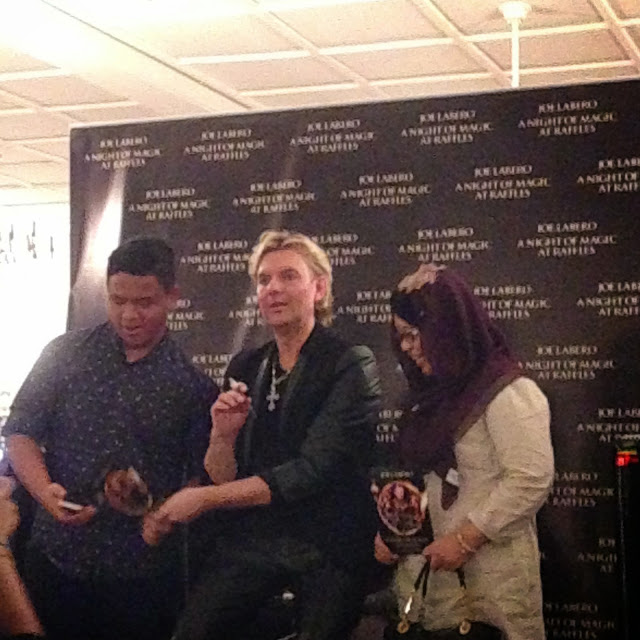 Note: I didn’t bring my kids along as my younger one (3 years old) would have definitely found the show too loud for his liking and it’d just be impossible to leave only one kid behind so yup, we left both with my mum.

Disclosure: We were invited to Joe Labero’s A Night of Magic at Raffles 2015. No monetary compensation was received. All opinions are mine.