It was a regular Wednesday morning. I was prepping her lunchbox because she’d developed some allergy to the food provided in school on Wednesdays this year. She came to me after she’d washed up after breakfast and I had glanced at her and told her to get her hair brushed and I would do up her ponytail when I was done dishing out the pasta.

When I was in the midst of dishing out the food, she again came up to me. This time with a little skip. A tinge of excitement. Actually, it felt like a whole lot of it.

I smiled, wondering what she was so pleased about.

And then I looked up. I looked at her face.

And I still couldn’t figure out why she looked different from just moments ago. She seemed to have pinned up her fringe or something. NO. There were no clips on her head.

That’s when the smile got wiped off my face.

She’d cut off her bangs. All of it.

She’d actually done a mighty good job of it as it was really quite straight and I didn’t need to do any adjustments, as you might expect.

She later revealed that she had snipped off her fringe over the toilet bowl and made the adjustments over the sink while looking in the mirror. So yes, I didn’t have a mess in the bathroom to clean either.

She’d done nothing to inconvenience me and she hadn’t hurt herself and yet I felt my blood boil and my heart ache.

Memories of me doing the exact same thing when I was young flashed across my mind but surely, there was something I could do to salvage the situation now? Well, apparently I could not.

She’d really cut it all off. She looked like her baby-ish self a couple of years back with her hair not grown out. 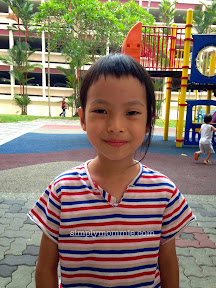 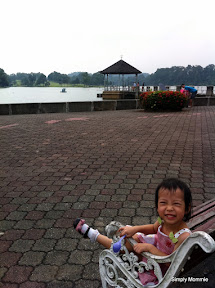 I felt my heart ache again as I thought of the upcoming graduation concert. She was not going to look pretty with that hairdo, I muttered. Or maybe that wasn’t really a mutter. My neighbour must have heard my screams of anguish that morning. 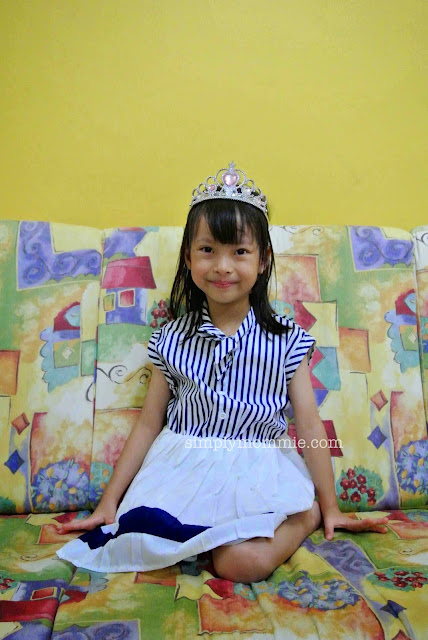 Dammit, she looked every bit like a little princess just the week before when we celebrated little boy’s birthday!

I managed to talk to a few people a day after the incident (I couldn’t quite speak for a day) and all of them shared that they themselves and/or their daughters had cut their hair too when they were kids. It was, as we all agreed, a once-in-a-lifetime regret though.

Did I punish her for it? No. I thought going around with that hairdo was punishment enough. Plus, she got more than an earful from me.

Did I remove that pair of scissors? No, it’s still there. Just in case you’re wondering, it’s just a small kids-sized pair of ikea scissors I leave in the bathroom to cut tags and trim their hair. It’s out of reach from my little one but with a stool and a stretch, my girl could get at it. So why is it still there? Well, the lesson has been learnt and removing the pair of scissors wouldn’t show that I trust that she wouldn’t do it again. It would be a removal of my faith in the promise she made.

It’s a temptation for her to do it again, for sure. But if she shows that she has the ability to control herself, to wield power over the temptation, I think leaving that pair of scissors there is much more empowering than a knee-jerk response of removing it.

I risk having hair cut somewhere in the house again. But it’s a risk I’m willing to take to let her know just how much value I accord to her promise. That pair of scissors now (still) sitting in my bathroom is the embodiment of my trust in her.

And that’s what matters.

This entry was posted in Memories, Parenting. Bookmark the permalink.

4 Responses to The once-in-a-lifetime regret