A couple of Saturdays back, we were invited to a crafty tea party and no one says no to such a party, especially where gorgeous tapes are involved!

Before we had any hands-on experience of using the newly launched 3M Scotch Expressions Tape, I went about checking out the exhibits which showcased examples of how the tapes could be used. 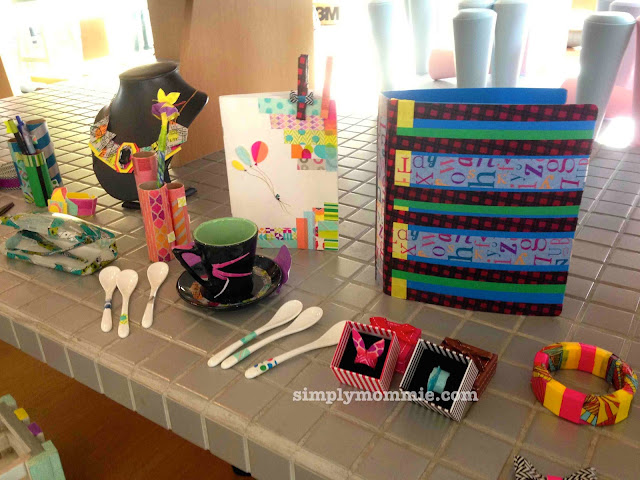 This, however, really caught my eye!: 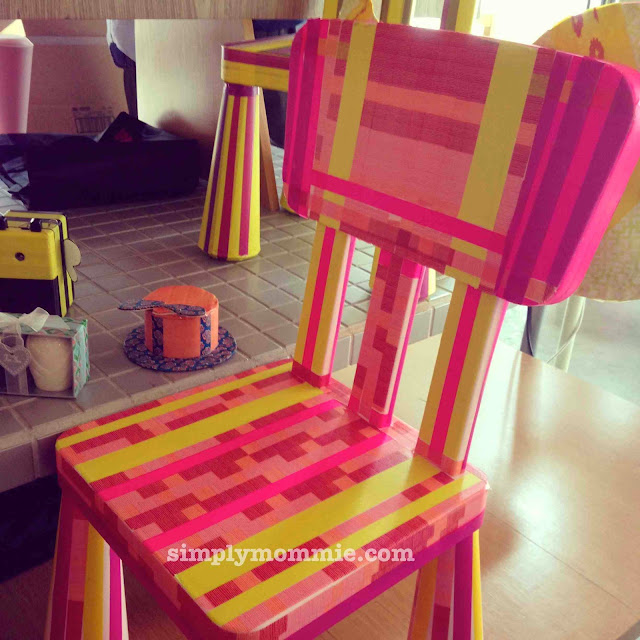 After the introduction to the tapes and our craft activity for the day, we got our engines started!: 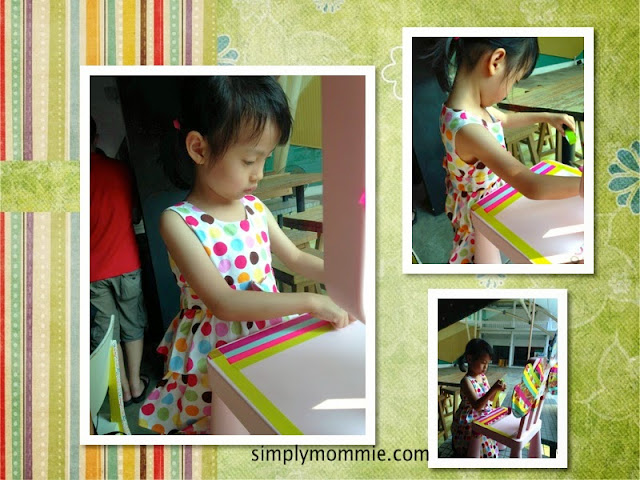 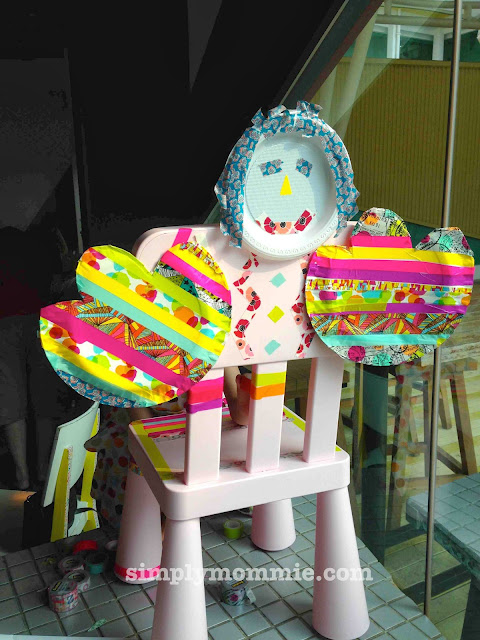 On our way to the car, we dropped the ‘head’ of the ‘fairy’ into a puddle of dirty water so we went home with only the wings attached. Actually the craft didn’t include having a fairy head – it was something my hubby added in on a whim with the plate that was supposed to be containing his food. You see, this is how it’s actually supposed to look like: 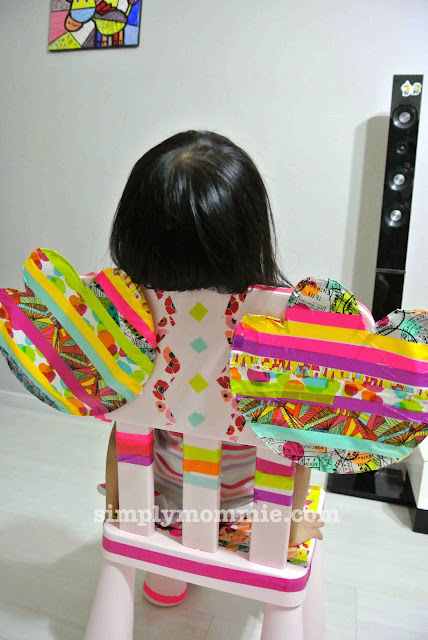 There were so many designs of Expression Tapes to choose from – we were so spoilt for choice! 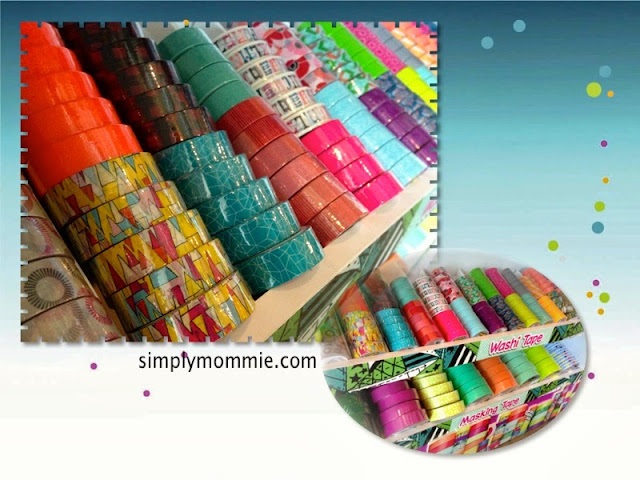 The taping fever didn’t stop and continued well into even the next day, and she wasn’t satisfied until she had decorated the other two Ikea chairs at home. 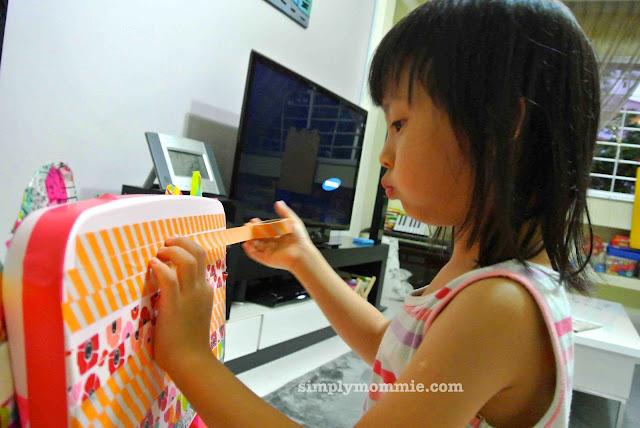 Ok, I lied. Even after she finished those two chairs, she was still asking to tape some more. “WHAT ELSE can I tape, Mom?” That question continued to ring in my ears for an entire week. 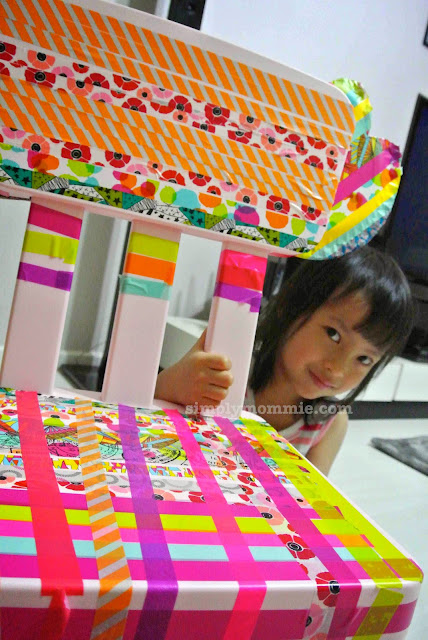 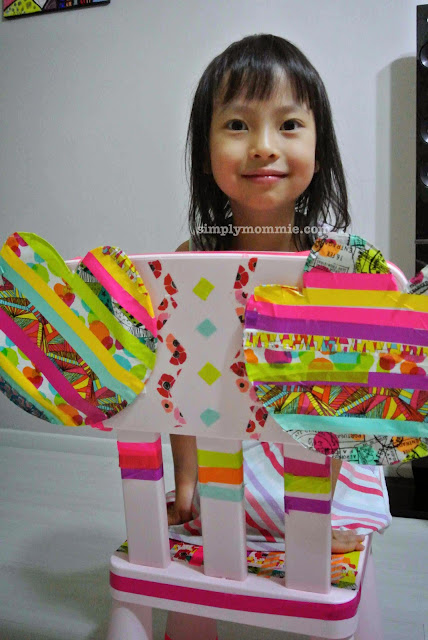 Can you tell how happy she is??? 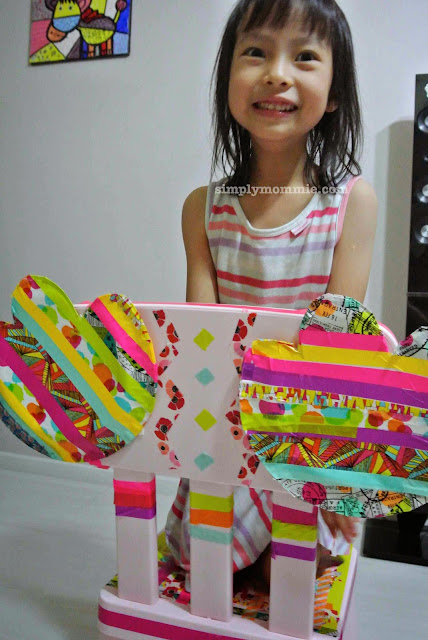 Here’s how the chairs looked like after the makeover the kids gave them. I thought they look pretty cool!: 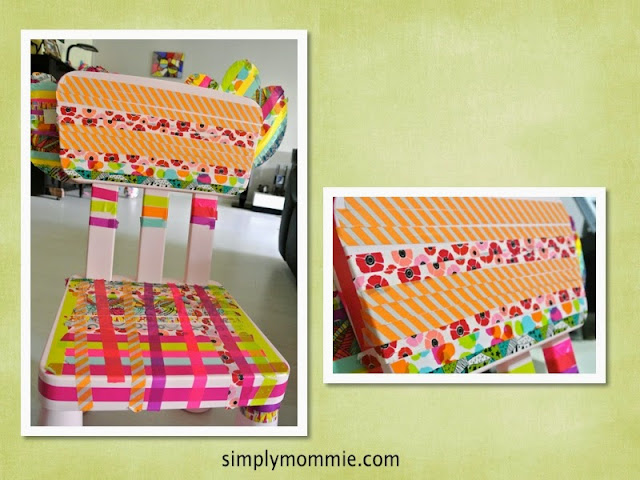 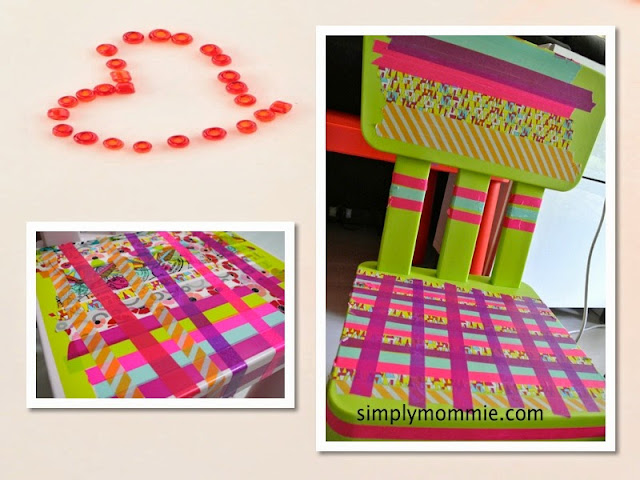 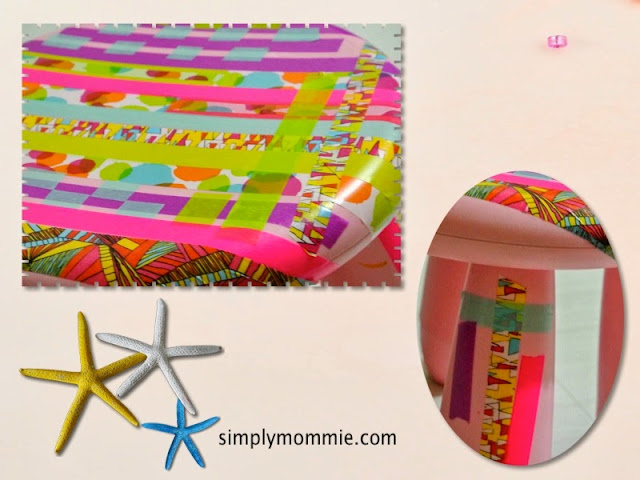 Whether it’s the 3M Scotch magic or washi tape, I have to say that the Expression Tapes are of good quality and you can peel them off surfaces without leaving any marks. This is particularly great for kids as you know, they don’t stick long tapes very evenly and may have to re-do it a few times and well, kids can be very fickle-minded so they would likely want to change their tape’s position. The added bonus is that you can even write on them, which makes it great for labelling say, party cups or a stretch of activity on your calendar.

Need more inspiration or want to find out more? You can visit MyActivityRoom.com and have fun with various creative projects using the 3M Scotch® Expressions Tapes, or upload and showcase your own imaginative works! It’s a site with many inspiring crafting ideas that are achievable with just tapes and post it pads, I particularly like the Book Monster, Sticky Puppets and Ice-cream Sticks Puppets!

I’ll also probably using these tapes for homeschool activities so keep a lookout for it! 🙂

Disclosure: I was invited to attend Scotch 3M’s Make Amazing Tea Party and gifted with their beautiful tapes. No other compensation was received and all opinions are my own.

This entry was posted in Reviews, Toys and educational products. Bookmark the permalink.