So 2013 has flown past. And I’m glad to say I’ve taken an admittedly longer break from blogging than I had originally planned. After drafting my last advertorial for the year, I  thought I’d be back to do up more posts for that week before heading off for a break, but yeah, as you have already found out, that didn’t quite happen. That meant that I was away for almost an entire month. Oh and I forgot my blog password too. Epic.

It was a good year – we spent lots of time together as a family, lots of crafts and learning were done with the kids (little boy asks to do art now!), new recipes attempted and enjoyed and milestones reached for the kids.

My girl finally has hair long enough to tie up, can read simple stories (though not without lots of coaxing on my part), can scoot well, skip count … plenty to be thankful for.

My boy started the year picking up words and ended the year forming sentences. I think that’s a pretty awesome achievement! He still refuses to pronounce words starting with ‘s’ with the /s/ sound and replaces it generally with the /l/ sound, but he drops the /s/ sound totally in some cases – the linguistically-trained me says I could write a paper on his current language system, but I’m not going to – and all these even though he can jolly well pronounce the /s/ sound when you ask him to do so.

To be honest, I haven’t thought of that much. But in the last few months of 2013, I’ve been part of a homeschool group on Facebook and we’re embarking on an exciting adventure, starting tomorrow! We’ll be doing inquiry-based learning at the zoo on Fridays, January through March and it’s the first time that I’m actually meeting up with homeschooling families and being part of a co-op. Can you feel my excitement yet? It’s the first time we’ve done anything of this sort so it’s going to be a learning journey for us this year and we’re definitely looking forward to the rich experiences homeschool offers.

I’m hoping that 2014 will be year of fruitful learning (not just for the kids, I’m expecting to do lots of learning myself as well), lots of family time, cuddles and good health. 😀

Wishing you a year filled with joy and good health! 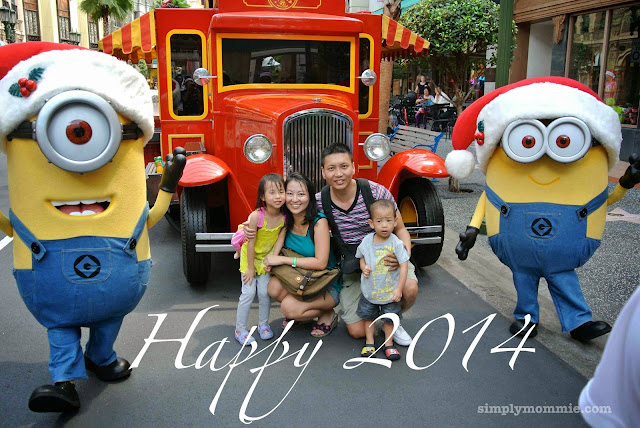