Last Saturday we had a girly date out – just my girl and I – and we had a most enjoyable time watching I Theatre’s Grimm’s Fairy Tales. The 90-minute musical (excluding a 15minute intermission) was the longest show that my girl had ever watched so I was a little apprehensive if she would be able to sit through it but my fears were unfounded as she was completely mesmerised by the colourful setup, the interesting stories and the beautiful songs.

We’re fans of fairy tales so needless to say, we were all geared up to identify the fairy tales as they unfolded on stage. There were a total of eight stories told by the eight animals – The Musicians of Bremen, The Valiant Little Tailor, The Turnip, Rumpelstiltskin, The Fox and the Geese, Little Cap, Rapunzel, Lucky Hans and Hansel and Gretel. 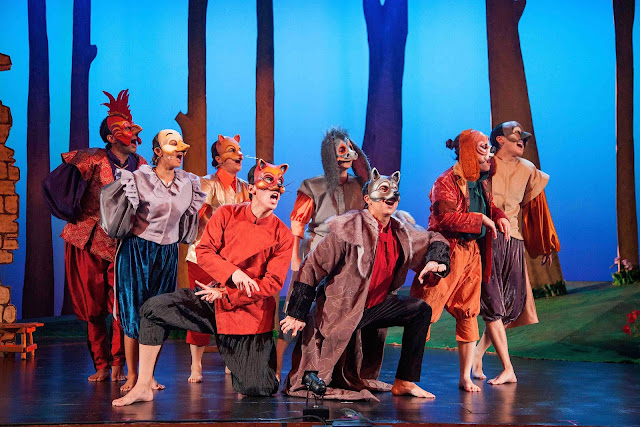 Rumpelstiltskin and Rapunzel were our top picks hands-down. There was so much wit and the humour was definitely not lost on the adults and the rendition of Rapunzel’s tale was met with resounding applause. These are our usual favourites where fairy tales are concerned but I felt that it was thoroughly refreshing to have the story of Rapunzel told using hand puppets (with a puppet theatre) with witty banter and it was overall, a creative take of the story. We especially loved the part when the witch fell off the tower because she was still holding on to Rapunzel’s hair when she snipped her locks off. Epic. 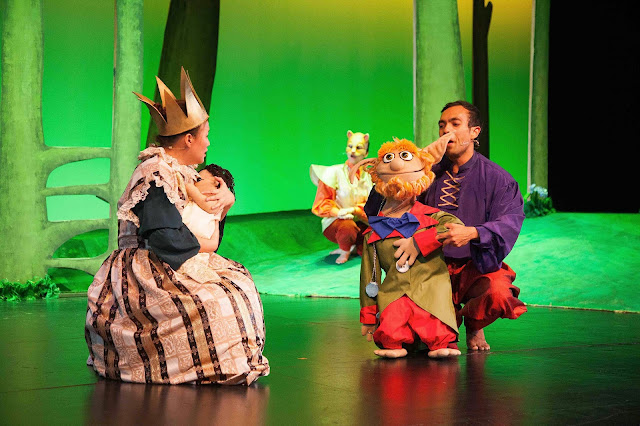 A scene from Rumpelstiltskin (unfortunately, there aren’t any pics of Rapunzel to share)

There were lengthier stories so there were also a couple of stories that were a tad short. For instance, when The Turnip ended, my girl actually turned to me and asked, “huh? So fast?” To be honest, I was a little taken aback too but I think overall, the musical totally rocked and to be fair, if they had tried to achieve equal commitment to all the stories, it would be much longer than 90minutes!

You can still catch this awesome musical with your kids as it runs till 17 November and here are the details!:

You can purchase your tickets from SISTIC here!

Disclosure: We were invited to watch the musical but no monetary compensation was received for the review.