When I came across the opportunity to sign my girl up for Dentist for a day (a programme to mark the first birthday of the Paediatric Dentistry NDC’s Facebook page), I quickly registered her for the workshop as there were limited vacancies. Dentist for a day requires a $20 registration fee, but judging from how much she enjoyed Doctor for a day, I was very sure that it would be money well spent. The 2-hour programme is for 5-6 year-olds.

My hubby was the one who eventually accompanied her as I stayed home with my boy, so he briefed me about what happened during the event. There were a total of 5 stations (each lasts 15-20min) and the first was learning to put on the dental gown. It started with a demonstration on one of the children before they put on their own set. 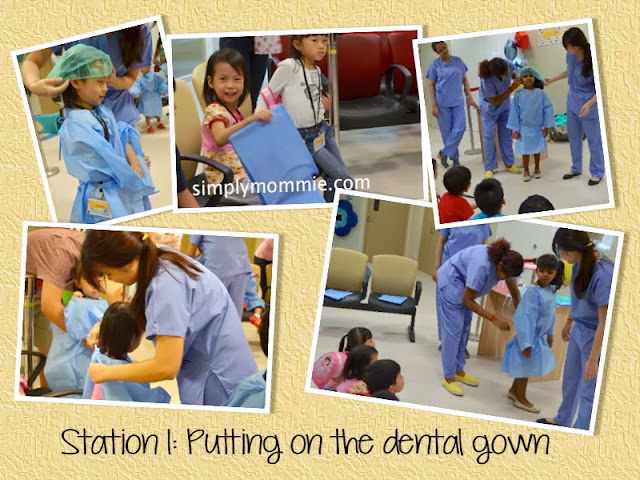 They learnt how to sanitise their hands and put on gloves. They were also shown how the palms look like under a UV lamp after cleaning. 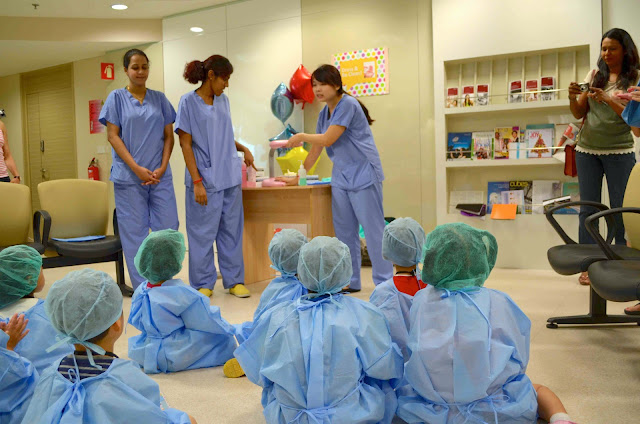 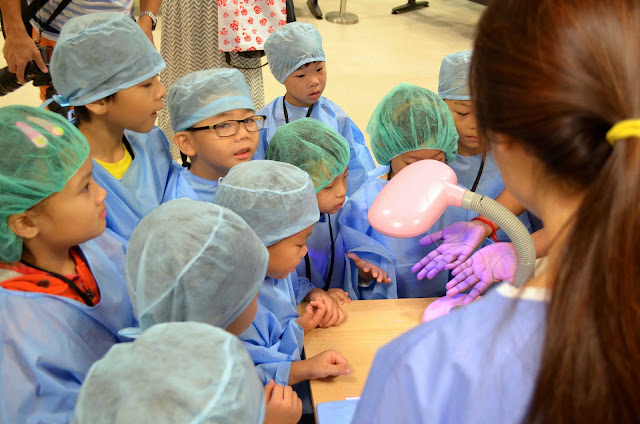 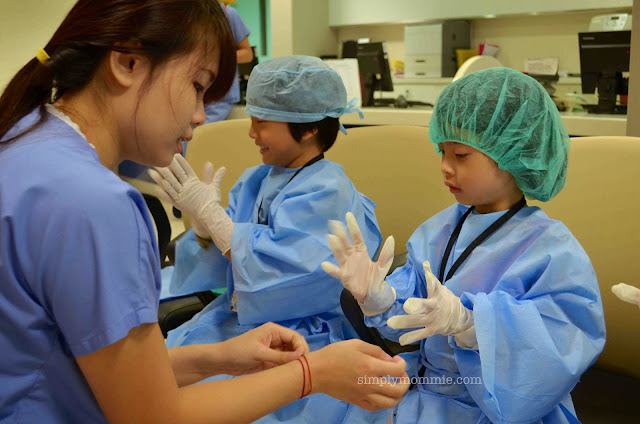 And the little dentists are all set for the other stations! 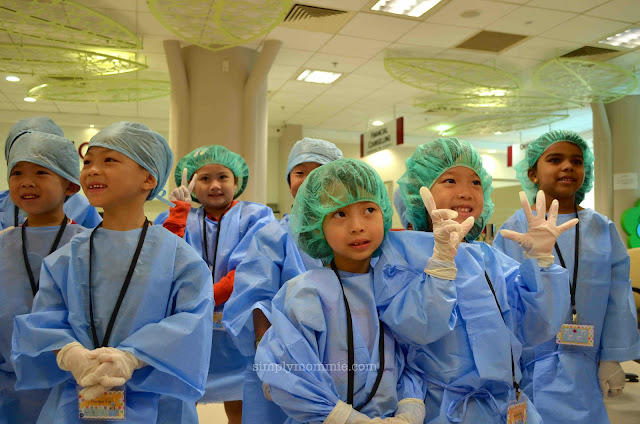 The second station was where the kids each partnered up with someone to role-play as dentist/ patient. They learnt to operate the dental chair and role-played – after the session, my girl said she preferred to be the patient and her partner preferred to be dentist. How perfect for them then. 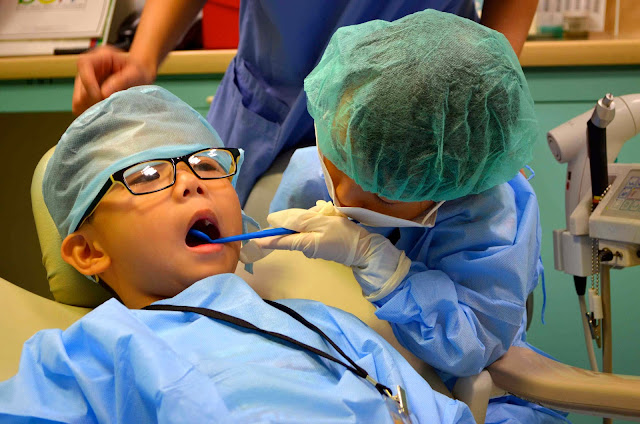 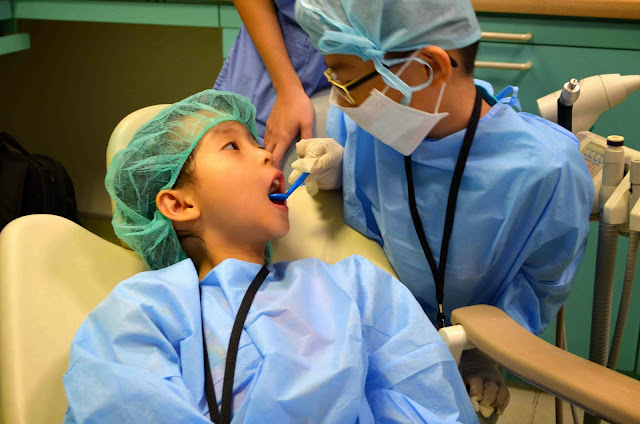 Moving on, the third station was held in a lecture theatre where the children were shown how to twist pipe cleaners together to form a sorta of wand with a star. This was to simulate the process of twisting wires together to make braces and also great for training dexterity. 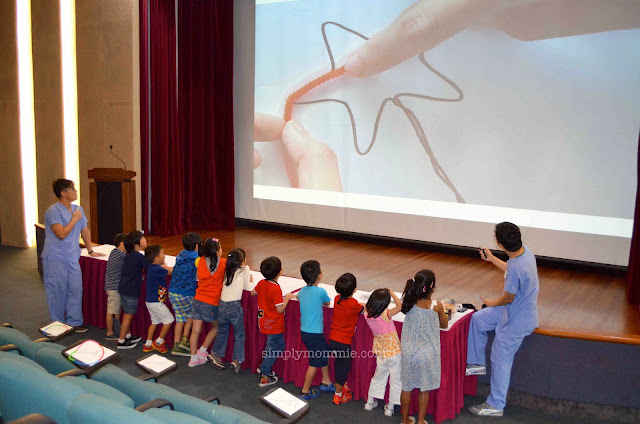 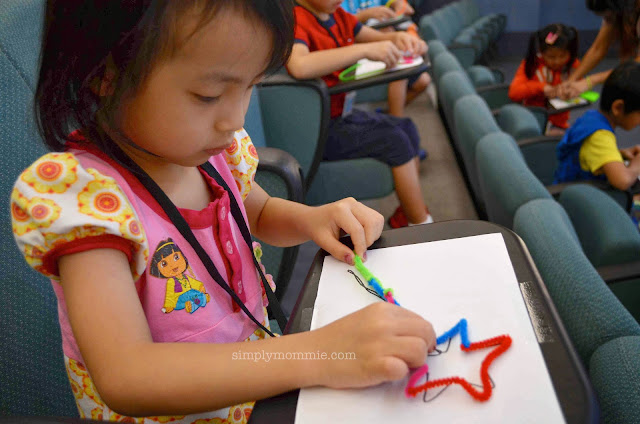 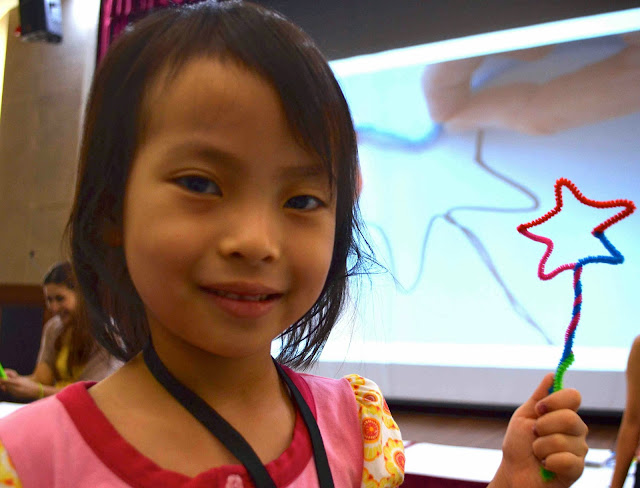 The fourth station was a simulation of a supermarket where the children were told to pick 5 items that were laid on the shelves. They did not tell them what sort of items to pick and the instruction was deliberately left open-ended so that children would pick an assortment of items and discussion could then follow. The children were pretty well-trained by school teachers and parents to know which foods are considered good and which are junk food apparently. 🙂 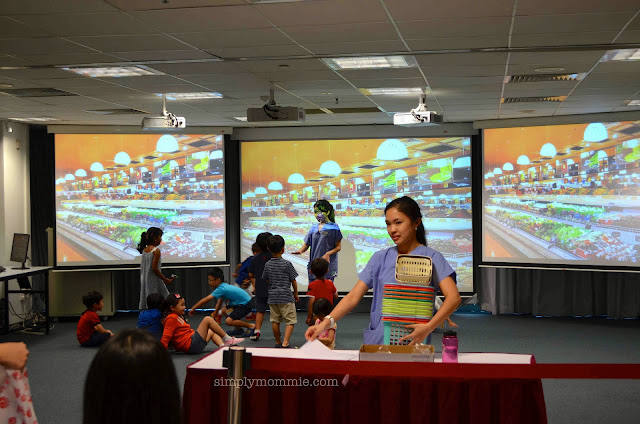 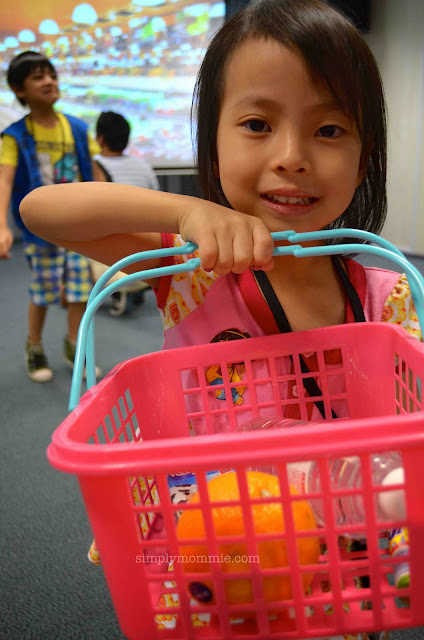 The last station was my girl’s favourite – fixing the cavity in the tooth. 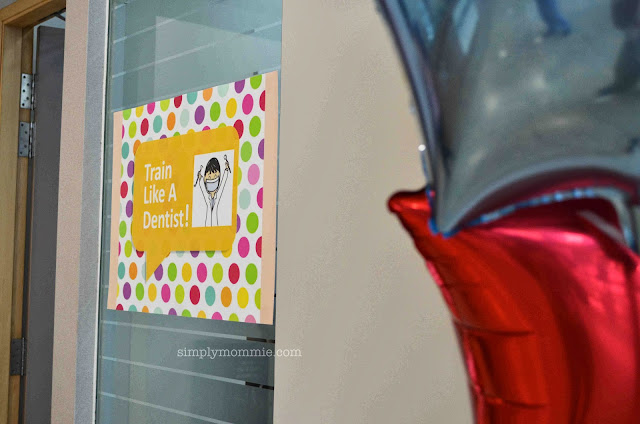 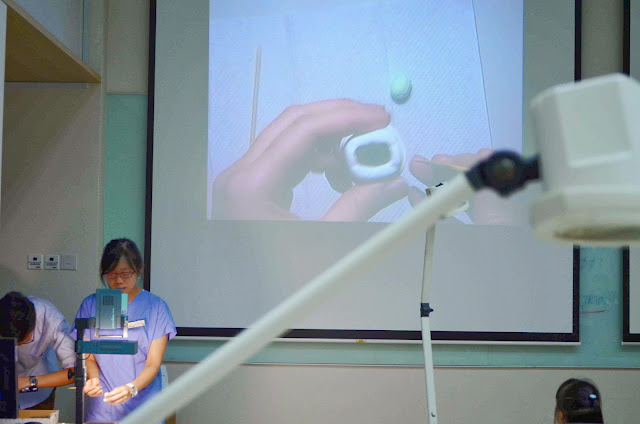 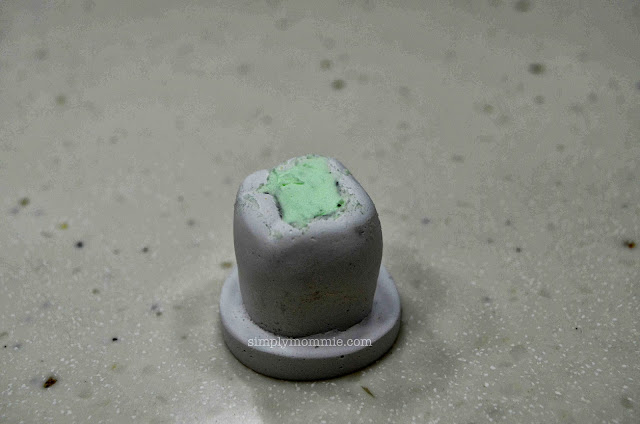 After the event, the children presented their completed cards (they received a sticker for each station completed) and received their certificates and also a goodie bag containing toothbrushes, dental floss, milk powder, a T-shirt etc. 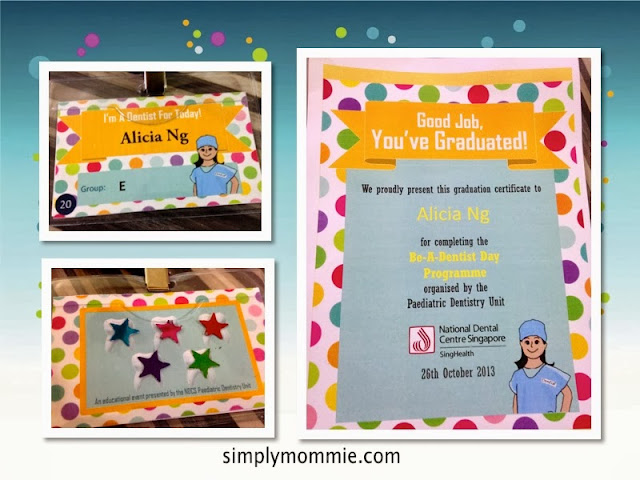 They also received a box of refreshments. 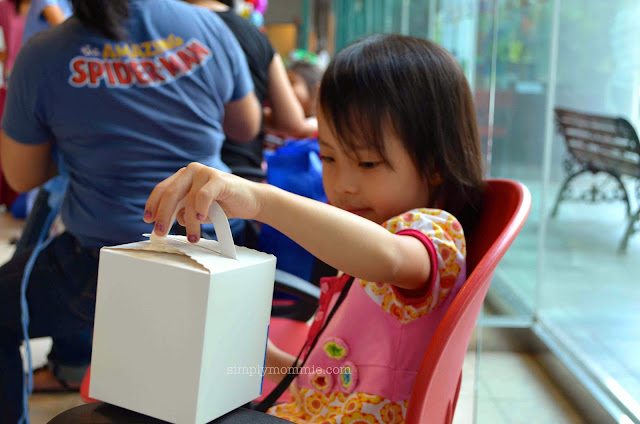 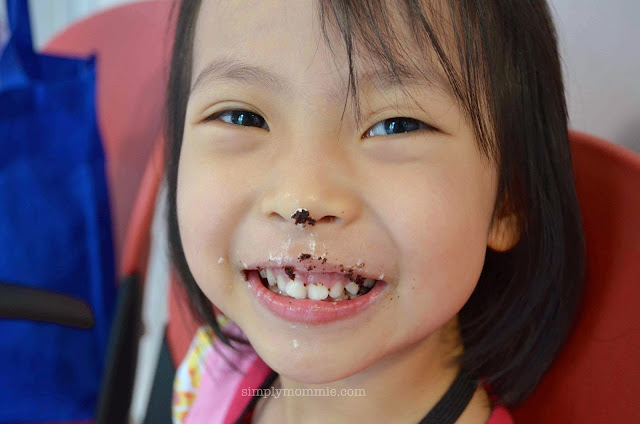 Overall, my daughter had loads of fun and I think the fact that they could bring back the full set of gown, cap, gloves, mask and the mirror is awesome. My girl couldn’t stop role-playing at home after that. We were all subjected to be patients – though she mentioned she preferred to be the patient!

What I found rather disappointing was that learning to put on the gown and cleaning hands were considered to be a station on their own as I thought that would be done during the briefing session (as that was our experience at Mt. Elizabeth hospital being a doctor).

Nevertheless, I’d say that the event went pretty well, considering it’s the first time they are running the Dentist for a day programme. Most importantly, my girl enjoyed herself, so that’s two hours in the morning well spent.

2 Responses to Dentist for a day @ National Dental Centre