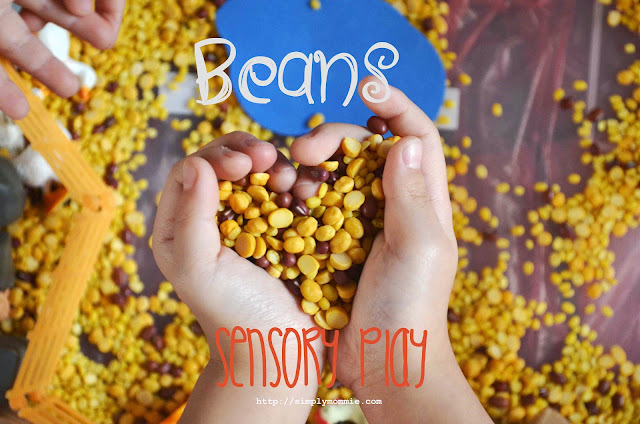 Last week, I introduced you to our Farm sensory bin and promised to show you how much more fun the children got out of that box. I’d say the beans in the bin had so much appeal – more so than the farm toob – that when I brought out the bin during a session of play outside our home, the kids quickly took out all the farm-stuff (never seen greater team work before) and dived straight into playing with the beans. And so now the bin officially stores beans for sensory play!

So don’t fret even if you don’t own a farm toob. All it takes for an afternoon of fun and laughter – a box of beans! If you’re still not sold on the idea, I’ll let my children show you how much fun they had and I promise that you’ll head out immediately to get some beans! 🙂

First thing after taking out the farm toob? Get the feet in! Initially they took turns. Then they figured out that they could have a leg each in the bin! 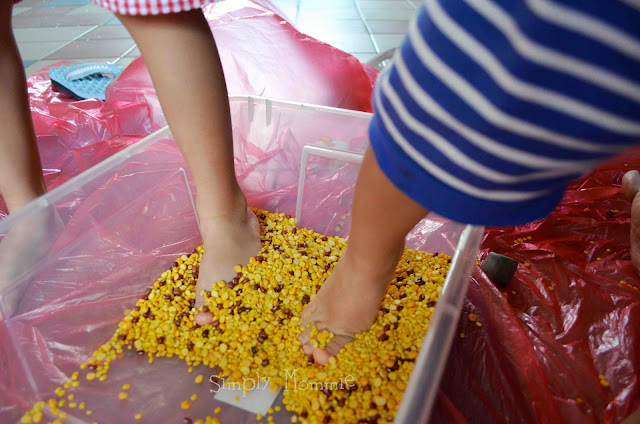 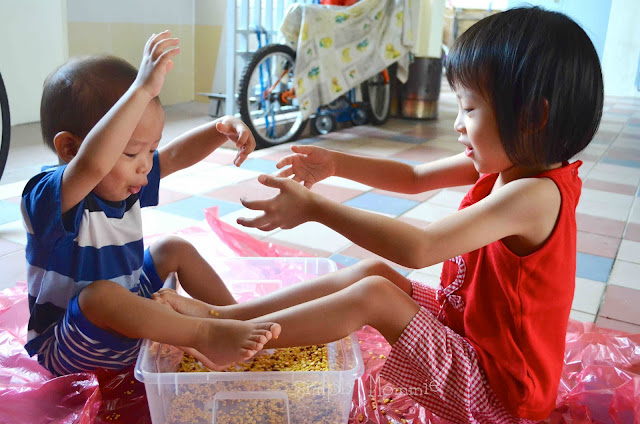 They simply love scooping up the beans with their hands and letting them fall through their fingers. 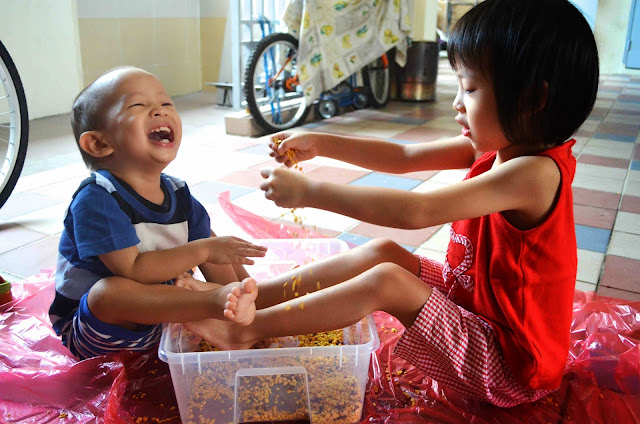 or just scoop them up and sprinkle them all over! 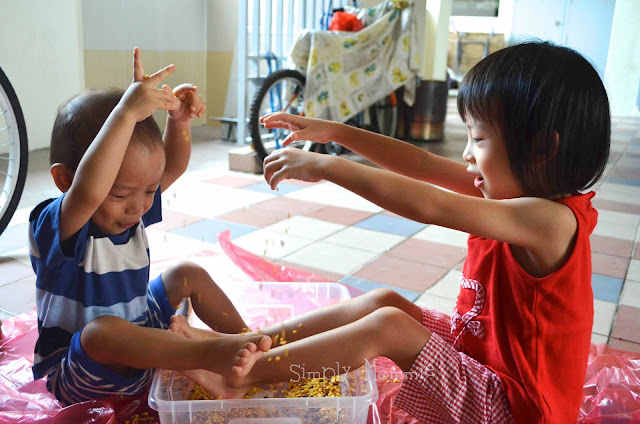 Sprinkle some over the toes… 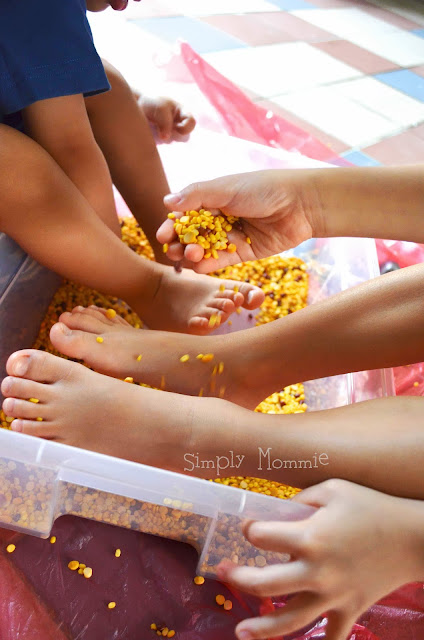 You should be able to tell how much fun they had by now, right? 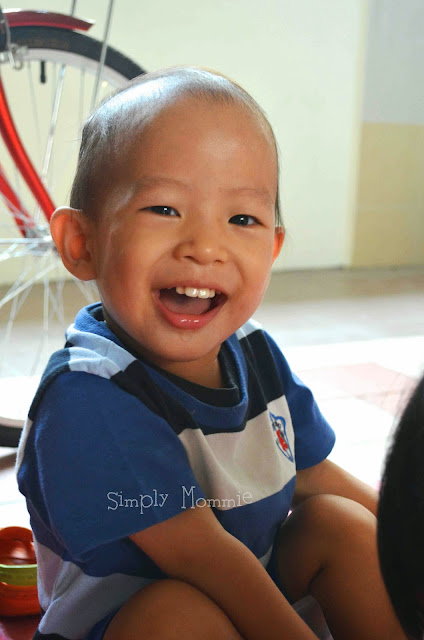 I’ve never had them laugh so happily before during any other activity or our other sensory bins. Such sweet music to the ears 🙂 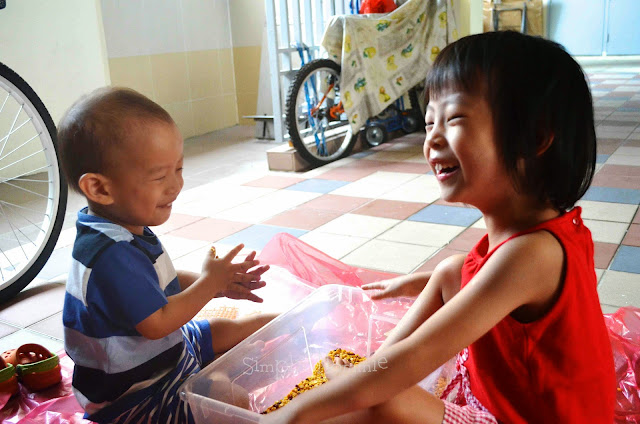 Ah! And they then figured, beans are great for throwing at each other too. And well, the rest they say is history 🙂 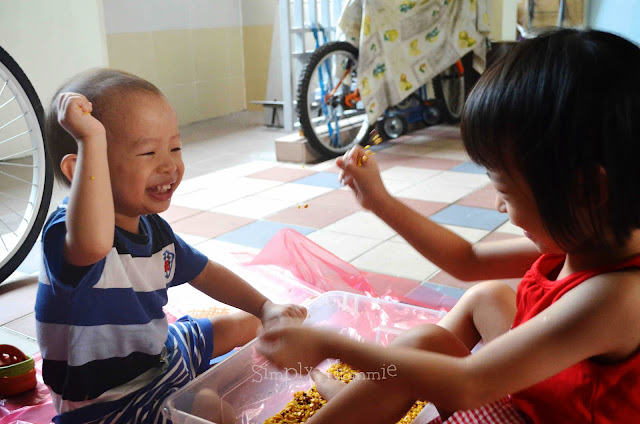 This entry was posted in Homeschooling, sensory bins, Sensory play. Bookmark the permalink.

6 Responses to Beans for sensory play