Lil Alex is 10mths old and I realise I haven’t really blogged about him. Poor lil one. That’s what happens to subsequent children? Lol. Fortunately I haven’t neglected him in real life, and that’s what’s more important!

Here’s a quick update about the little man. 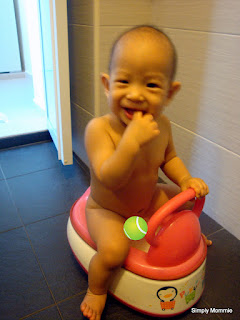 This entry was posted in Uncategorized and tagged Milestones, Photo *Heart* Fridays. Bookmark the permalink.