Learning the letter A (Part II) 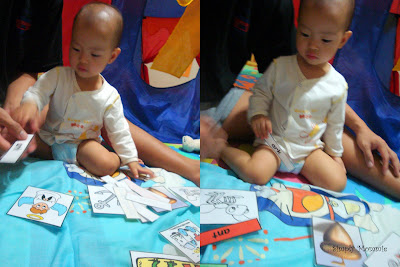 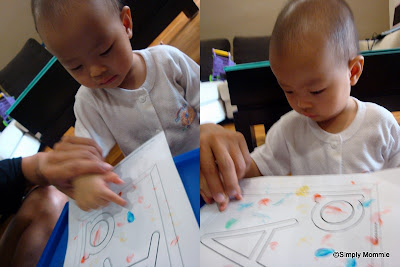 Another activity we did was to let Alicia do some fingerpainting. I had intended to let each fingerprint form an ant (click here for details), but due to the nature of the paint, the fingerprints weren’t defined at all. I guess that’s the tradeoff for using non-toxic, washable fingerpaints from Crayola.

Anyway, I’ve decided to let this sheet of paper be the cover for her letter A lapbook… Most importantly, Alicia had fun, so it really doesn’t matter if the activity didn’t work out the way I wanted it to.

Songs we sang in conjunction with the teaching of ‘ants’ and the letter A were:

She has this singing toy from her first birthday which happens to have the song about ants!: 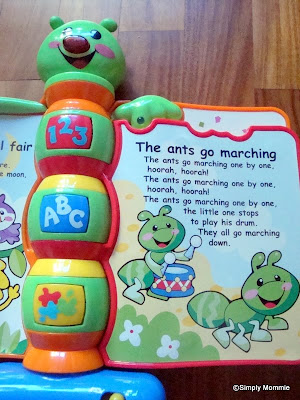 This entry was posted in Art, Homeschooling, Teaching English and tagged Music and Dance. Bookmark the permalink.