Just thought that I’d share what I did for Alicia when she started eating semi-solids at about 6 months old. It seems as if I have only just started but looking at the range of food that she can eat these days, I’d say that she has come a long way in her adventure with food.

A summary of the foods that she tasted this month (read on for more details):

Her first taste of food other than mummy’s milk was Heinz Rice Cereal (mixed with mummy’s milk) at about 6 months. She was alright with it and even wanted to help to feed herself by holding the spoon. After eating some of it, I decided to let her try other cereals (following the 4-day wait rule of course):
• Healthy Times Barley Cereal 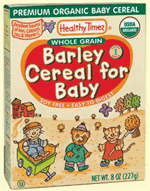 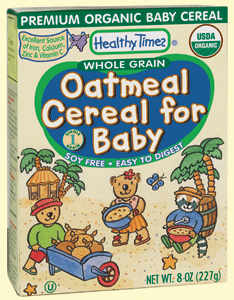 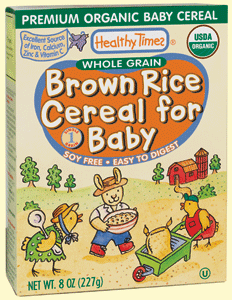 This range of cereals is suitable for babies 6 months and older and I’d really recommend the Healthy Times cereal as it is not only tasty and organic, it has no added sugars (perfect for a young baby). Of this range, Alicia liked the oatmeal best and indeed I’d say that she has good taste as the oatmeal cereal smelt the most fragrant! Well, it’s a pity that we didn’t take any pictures of her when we fed her her first semi-solid meal (but I think we did take a video if I’m not wrong) but here’s a picture of her in her bumbo seat for the first time after we brought it back from Takashimaya: 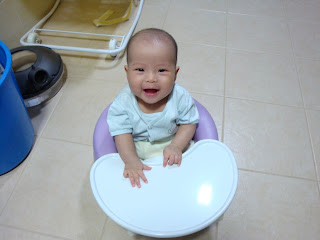 After the four-day wait to check if Alicia was allergic to the cereal, we proceeded with introducing orange vegetables:
• pumpkin
• sweet potato and
• carrot (waiting for at least 4 days before introducing a new food).

She didn’t quite like the pumpkin, was ok with carrot and simply LOVED sweet potato. That’s just like mummy!

I notice that sometimes the vegetables may contain some fibers so I actually prefer to push the vegetables through the sieve to ‘catch’ those bits of fiber which could cause choking.
Other foods that we tried before she turned 7 months are:
• egg yolk
• porridge and
• threadfin (ngoh hee).

She didn’t like the porridge or threadfin, so we gave them a pass and just gave her iron-fortified cereal mixed with one of the orange vegetables.

Of these, her favourite was papaya, and it remained so for quite a few months – and she became affectionately known as the “papaya freak” within the family for she’d end off her meal with papaya puree every day. Other fruits just didn’t quite appeal to her. Well, as you have probably expected, feeding her so many foods high in beta-carotene resulted in her taking on an orange hue, a medical condition known as Carotenemia. It’s really nothing dangerous although it sounds so frightening and honestly, having people nagging and telling me that my alicia’s turned ORANGE was really quite annoying and irritating. They’d sound as if it was terribly serious and make it out to be as if I was overdosing my daughter with Vitamin A. People should read up on facts before they comment: Vitamin A may be dangerous and even lethal when too much of it is taken in the form of a vitamin supplement BUT natural Vitamin A, such as that which beta-carotene converts to, is harmless and is indeed very beneficial for promoting good vision and eye development as well as helping sustain healthy growth and development! That said, I did try to cut down a bit on the orange vegetables and fruits…